National Aeronautics and Space Administration (NASA) will be launching a satellite on April 16, 2018 to survey planets outside solar system using transiting method and it is named as Transiting Exoplanet Survey Satellite (TESS) through a SpaceX Falcon 9 rocket from Florida's Cape Canveral Air Force Station.The rocket will place the satellite in a higher orbit of Earth (13.7 day orbit) using moon's gravity also.

What is beyond the solar system ? Aerospace Science says that similar to the star "Sun" in our solar system, there are several stars near our solar family and planets might be revolving around each one. The need to explore the space is to park the growing population in Earth in other nearby planets and look for alien words, if any. Since, the world is now a global village, the skyview is necessary to expand our territory in the universe.

Here, a question arises. Is it possible to explore the outside solar system that much easy at lower cost?Of Course, it is. With the development of micro-technology in aerospace industry too, a large spacecraft capabilty could be consolidated into a small box of satellite. The transiting method followed by the satellite detects the brightest stars and make note of the periodic lagging of star light when planets blocks the vision of cameras in the satellite while orbiting the star.

For the convenience of TESS observation by astrophysists, the sky is divided into 26 segments and the four cameras installed in the satellite could cover the maximum space. The satellite needs to keep 200,000 nearby stars under its view and would be functioning for two years in the space observes the southern sky initially consisting of 13 segments while the remaining were observed in the second year.

George Ricker, Principal investigator of MIT says that the James Webb Telescope scheduled to be launched on 2020 will examine some of TESS' planets for life signs in them. Natalia Guerrero, deputy manager of TESS Objects of Interest project says the satellite functions like Kepler which had already found exoplanets that could not be followed up but TESS fulfills the capability. 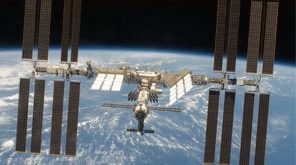