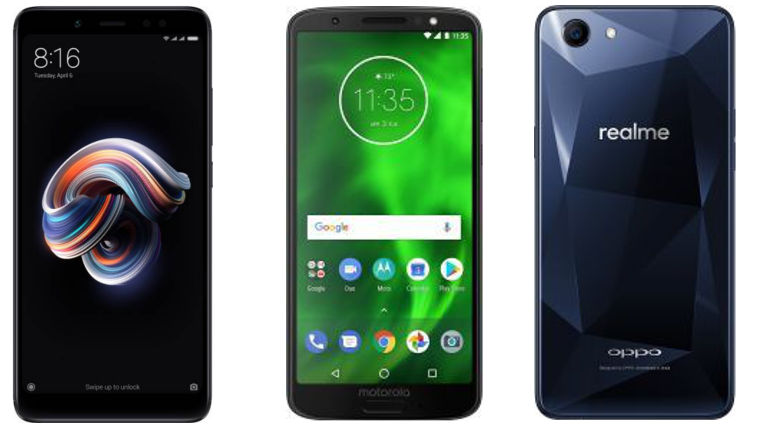 Since there are plenty of budget mobiles available in the Asian market, budget smartphone purchasers always get confused in selecting a model with respect to their requirements.  Here is the specification comparison made among the recent releases of oppo, xiaomi and Motorola budget smartphones whose price range is between Rs. 10,000 and Rs. 17,000 so that customers get to know about the variations among the models for better choice. The features are listed in the manner that the better one at the top and the least one at the bottom.

There are many variations seen regarding the battery characteristics of the compared mobiles. AI-battery has been provided for RealMe 1 only.  Only Xiaomi Redmi mobiles have Li-Po battery while the others have a Li-ion battery. Redmi Note 5 Pro and Moto G6 Play have been using 4000 mAh and the least capacity is for Redmi Y2 in accordance with its price among the models.

Face unlocking feature is absent in both the Xiaomi models. Fingerprint sensor is available on all mobiles except RealMe1 while connectivity and other features like face detection, touch to focus, geo-tagging are common in all. 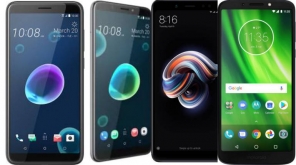 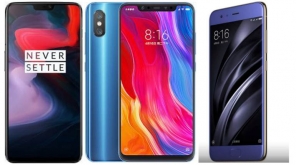 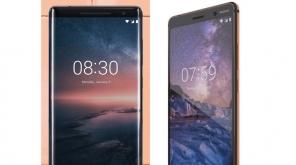 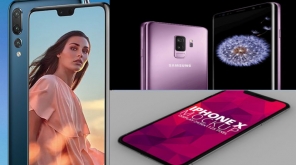