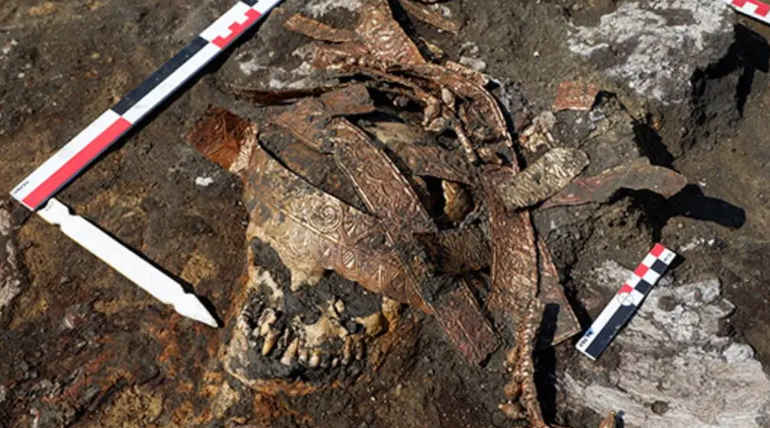 Four wonder women discovered in Ancient tombs in Russia: The latest wonder women movie is not set to drop until 2020 June, and it is indeed a fictional one. The scientists have upstaged the efforts of the production and brought into light the women warriors of ancient age. The mortal remains of three ancient warriors belonging to three different generations have been unearthed in Russia. This clearly depicts that women did wonders during ancient days, and they have been confined very recently, and empowerment has now become the buzz word across.

An ancient burial site in Russia's Ostrogozhsky Voronezh region, a team of scientists, excavated the burial sites of four Scythian women. From the remains, it is inferred that two women were in the twenties, one in forties and the other one in her early teens. The burial should have occurred during the fourth century BC, according to scientists. This generation gap again disproved the belief that the mothers would not be fighting as they had children. The remains of the women were found surrounded by Jewelry, pottery, headdress, and enough weaponry.

According to history, Scythians were a group of nomadic warriors who lived in Central Asia and Eastern Europe between 900 and 200 BCE. The ancient Greeks, like Herodotus, have given some glimpses about them as "None who attacks them can escape, and none can catch them if they wish not to be found." Scythian women equaled men in everything. Not the first instance of archeology that evidenced Amazonian-like female warriors existed. In 2017 also scientists unearthed a woman who lived 2500 years ago, and she sported a battle wound. But this is the landmark discovery where two of the gravesites were in good condition.

The eldest woman was buried with a headdress decorated with floral patterns, and in wonder women movie, this would be sported as the Crux. The younger woman was posed as horsemen and buried alongside a bronze mirror, a bracelet, and two Spears. The graves were filled with a decent amount of weapons consisting of thirty iron arrowheads, numerous iron knives, animal bones, etc. Scythian women were given the same burial rites similar to their male counterparts. By their tomb structures, we conclude that they were definitely bad-ass.