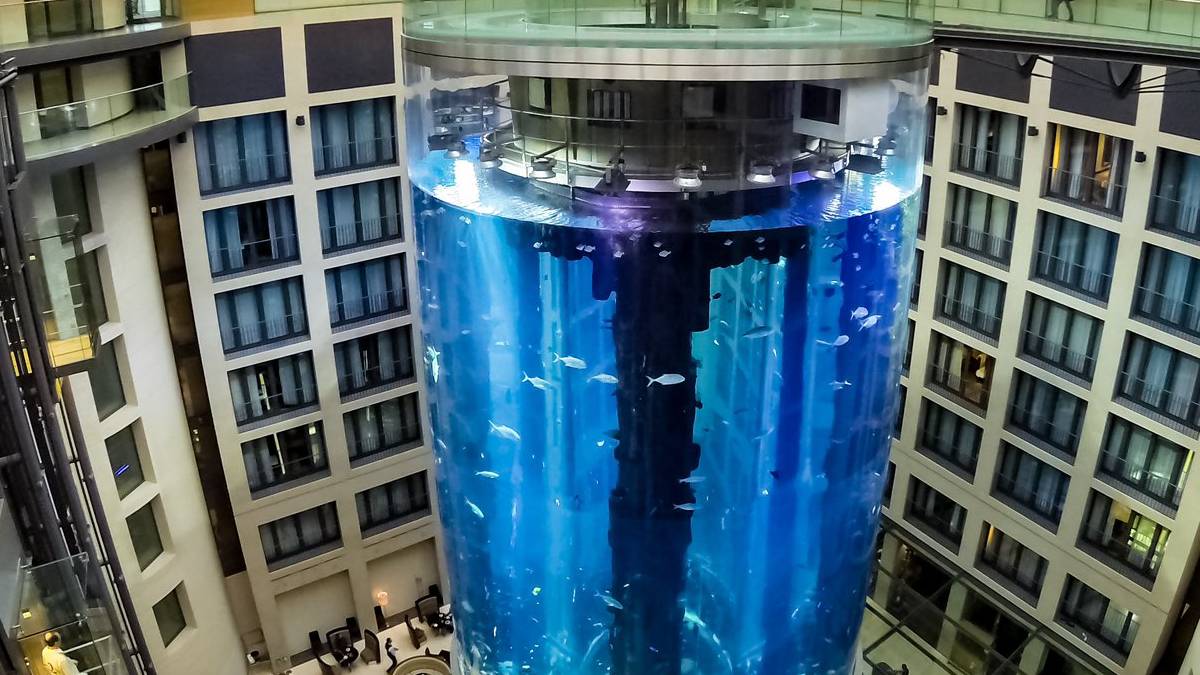 In Germany, a huge fish tank broke and flooded the road. Thousands of rare fish fell to the ground and thrashed to death.

The famous hotel 'Radisson Blu' is located in the heart of Berlin, the German capital of Europe. This hotel is famous for its giant aquarium. Here, an 82-foot-tall glass aquarium was set up, housing 1,500 species of fish. Named 'Aquadome', this tank was filled with 10 lakh litres of water. The tank suddenly broke and shattered at 6 AM yesterday.

The glass tank is said to have cracked and broken as the temperature dropped below minus 10 degrees. The water from the fish tank ran to the road. The rare fish in it also fell to the ground, throbbed, and died. Over 1,500 saltwater fish from more than 100 species were in the tank. In the summer of 2020, the aquarium underwent a significant renovation.