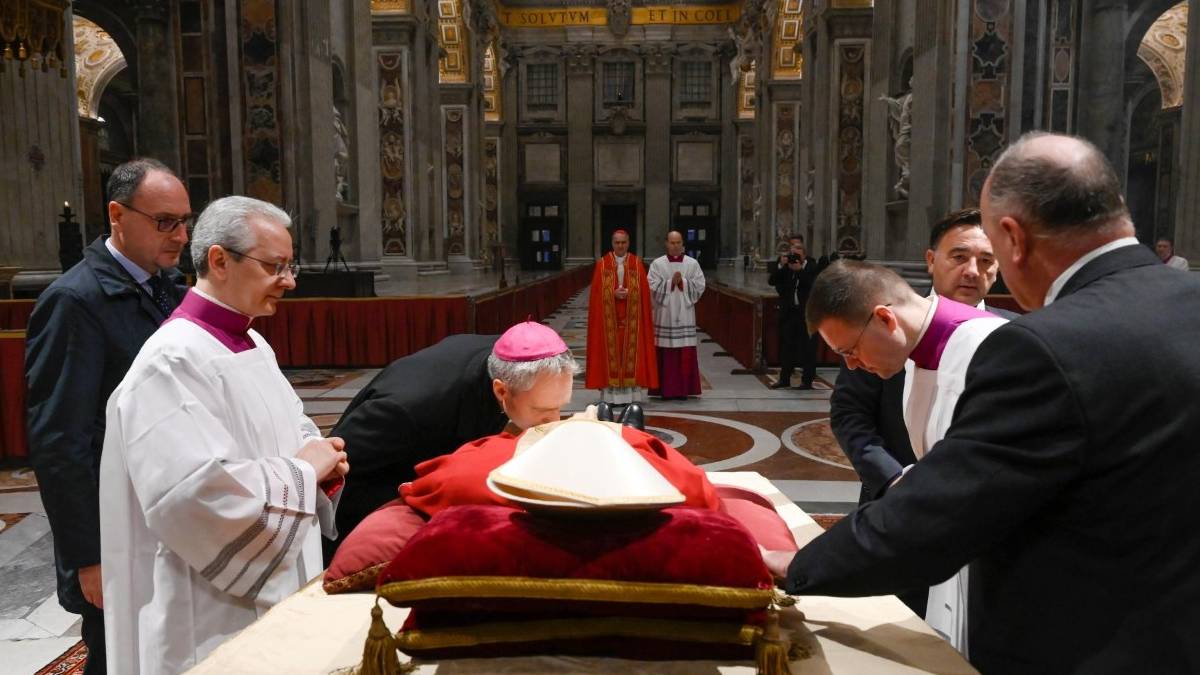 Former Pope Benedict XVI died last Saturday after a prolonged illness at 95. At this stage, Benedict XVI's body was laid to rest in St. Peter's Basilica in the Vatican for public veneration.

The public was allowed to pay their respects from 9 am local time. But people had been waiting in a long queue outside the church since early morning. Vatican officials said about 25,000 people paid their respects after 10 hours of mourning were allowed on the first day yesterday.

Officials said people would be allowed to pay their respects for 12 hours today and tomorrow, and the funeral would take place on the morning of January 5.