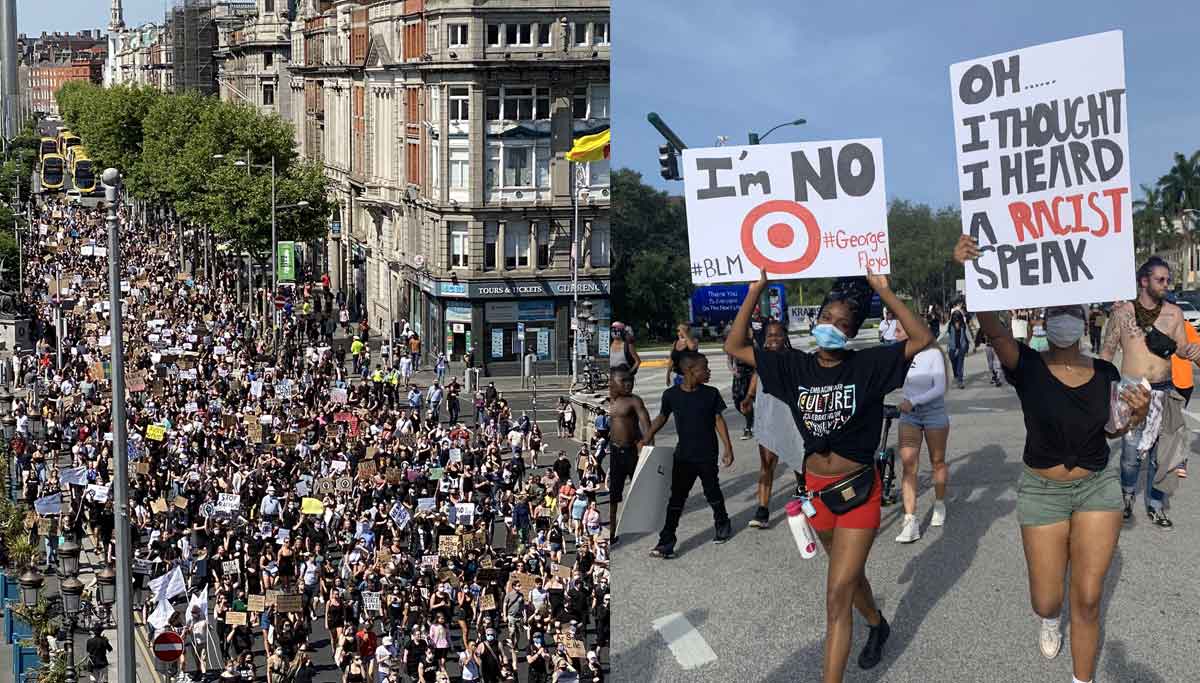 It's been 6 days since the Blackman assassination in Minneapolis of America and the protest looks no journey towards an end, Though the Police Chief Medaria Arradondo of Minneapolis fired the officers immediately after witnessing the inhuman behavior done to the Blackman George Floyd last Monday.

Sources say, since too much crowd around White House, President taken to bunker for safety precautions. The peaceful agitation was initiated by the common public due to the indigestible act of Minneapolis Police and the crying non-breathable 46 year old man's viral video.

However, the revolt takes new forms by the agitators and police on the sixth straight night with nearly 4400 arrests across the nation.

Apart from the native American protest, the black man's death caused restlessness to many people across the world, mainly by the U.K. people in front of the U.S.embassy in London shouting, "Help I can't breathe, No peace and No justice." Also, at the Grenfell Tower, people protested, insisting that black lives matter.

Meanwhile, in Atlanta, two police officials were fired from the department due to the excessive use of force in the protesting lands of Atlanta. But the Atlanta officials clearly disapproved of the act of two police officers who allegedly forced protesting students on the sixth day night. Though the revolt hikes the stress of the police, it is unfair to handle violence against public, says Mayor Keisha Lance Bottoms.

Apparently, fires were extinguished near the D.C.Landmark of Washington's White House, which a blazed the St.John's Church where nearly 1000 people protested on Sunday.

To raise judgments for the unlawful death of Blackman George Floyd, Minnesota Government Tim Walz announced that the State Attorney General Keith Ellison will appear on the prosecution side in Floyd's case. Ellison claimed that the case is unusual because the government official is the main cause for the Blackman's death. He also aims to gain co-attorney of Hennepin County Mike Freeman mainly to stop the recurrence of the racist's deaths.

Meanwhile, people are highly engaged in Floyd's protest without concerning the seriousness of CoronaVirus due to the unlawful brutalities occurring in the country.