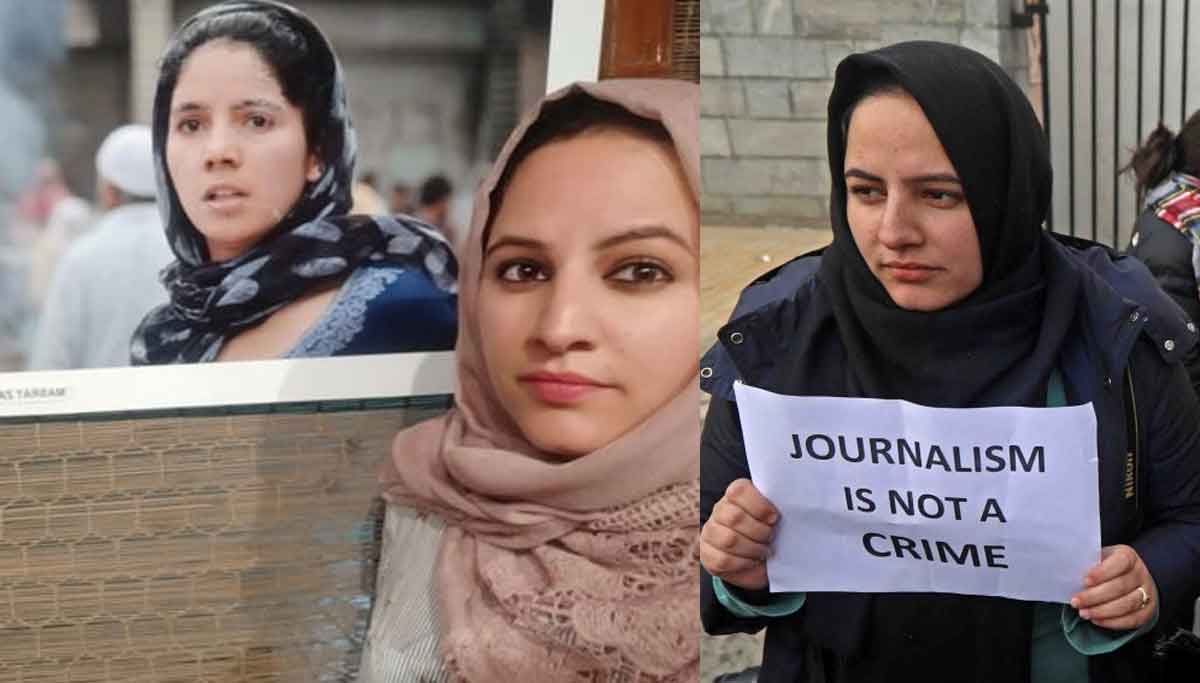 Masrat Zahra, a photojournalist from Kashmir, has been charged under the Unlawful Activities Prevention Act mainly to condemn her act of posting women photos with anti-national inducing write-ups. Kashmir Police affirmed that a case has been filed against Masrat for uploading anti-national photos with the intention of the criminal mind to induce youth and create agitation among the public.

According to the FIR filed by Cyber Police Station of Kashmir Zone, the case has been booked under Section 13 UAPA (Unlawful Activities Prevention Act) and 505-IPC against the photojournalist Zahra. On Saturday, Masrat Zahra was summoned by the Cyber Police Station for immediate arrival. But due to the curfew pass, Zahra claimed that she was unable to move there. She also added about her unawareness regarding the FIR during the call from police officials in Aicargon of Srinagar.

However, the police called off their summon after the intervention of Kashmir Press Club with higher levels. Reports claim that the Press club stopped this brutal behavior of Cyber Police with Journalists in the Kashmir Valley seeking the help of Union Home Minister Amit Shah, LG Murmu and DGP Dilbagh Singh.

But Masrat told that she knew about the FIR only on Monday morning through her colleague friends. This is not the first time where the Kashmir Police outrageously condemns a Journalist. Zahra also quoted anxiously that the Cyber Crime books her only to make me remain silent as I'm one of the notable female PhotoJournalist working for the past four years to show the voices and stories of Kashmir.

To be specific, Freelancer Masrat Zahra's photojournalism has gained approval in Al-Jazeera, Caravan, Quint and Washington Post for the view and opinion of the public. Though Zahra was aware of the charge, Several fellow journalists around Kashmir are now raising voices against the police via social media for the continuous counter.

Apart from Zahra, Editor Asif Sultan, Human rights activists Gautham Navalukha and Anand Teltumbe has been arrested by NIA by booking under anti-national activities act. The following are some tweet notes by the famous Journalist of Kashmir, who strongly condemn against the cyber department's stringent acts in Valley.

Sheila Rashid tweeted as "Stay strong Masrat Zahra and continue the good work. JKP Cyber Crime is headed by an over-enthusiastic cop who wants to get noticed by the Centre. More power to you. And may this attack give your work more visibility and recognition".

Meanwhile, Kashmir Press Club, in its note seeked the international journalist bodies to support and notice the constant onslaught happening in the Valley. KPC also progresses in every angle to stop the harassment of journalists and journalism.