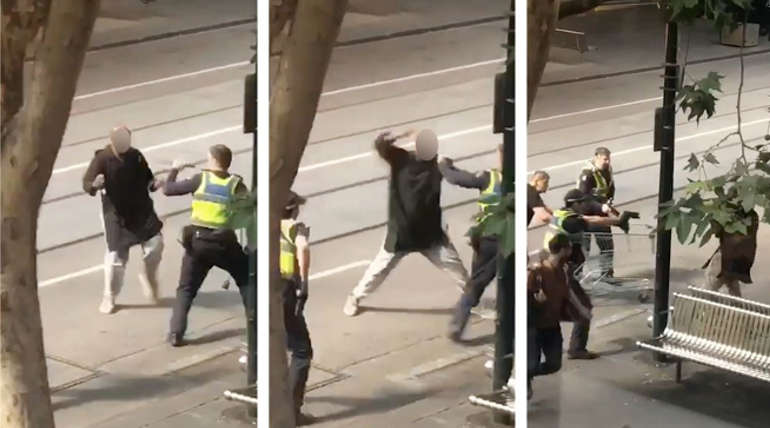 An Image from the crime scene , Image Credit - @YoMelloYello

On Friday, Hussain Khalif Shire Ali, a 33-year-old man stabbed three other men on a busy shopping street in Melbourne, Australia. One of them, aged 74, died on the spot. The passers-by witnessed the incident. Before the man began this attack, he parked a car on the street which was loaded with "barbecue-style" gas cylinders and got down. The car burst into flames, but luckily the cylinders did not explode since they failed to ignite. This incident made the police suspect an act of terrorism.

Victoria Police Chief Commissioner Graham Ashton reported that when police arrived, the man punched one of the officers through their car window. When they got down, he threatened to kill them with a knife however, one of the officers shot him in the chest. He was then taken to the hospital but died. Only after his death, the officers found the gas cylinders in his car and came to know that he stabbed three men.

A news agency reported that ‘The Islamic State group’ has claimed that the attack was made by one of its members, but the IS group didn’t provide any proof for their claim. Fearing this incident, many shops including two departmental stores were closed. Melbourne had also witnessed two fatal car-ramming incidents last year, but neither of the incidents was linked to terrorism. It's the second time in four years Australia has witnessed such horrific violence.