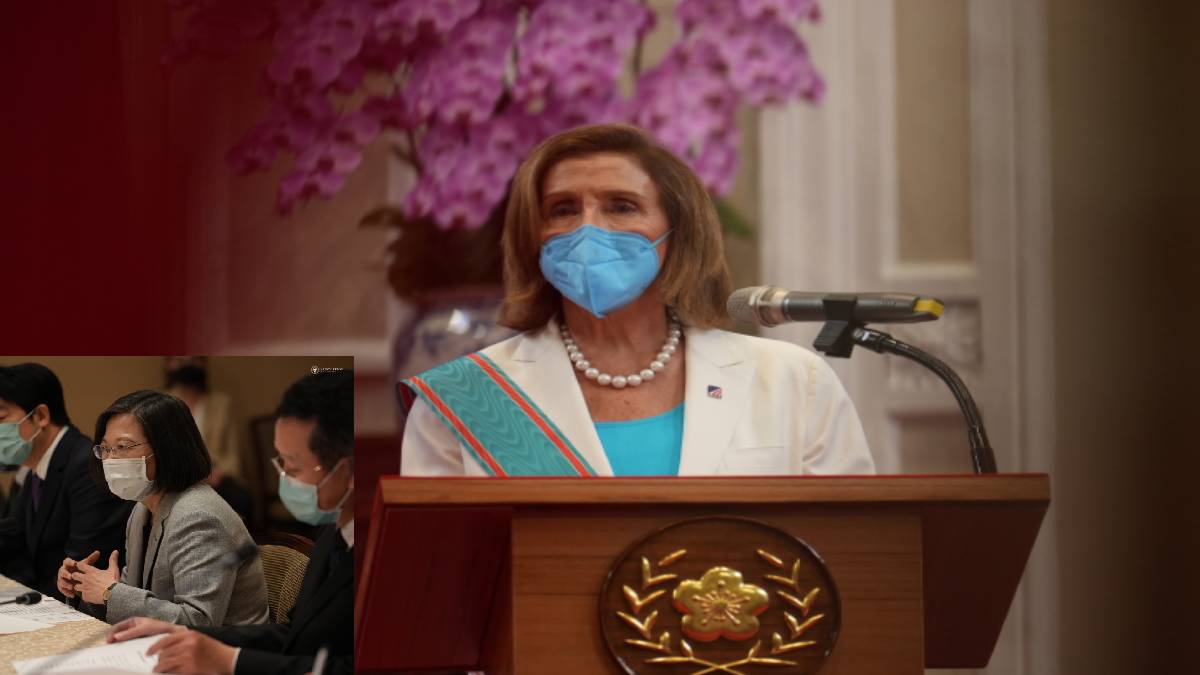 The issue of Taiwan has been ongoing for years. In the 1940s, there was a conflict between the Kuomintang Political party and the Communists. China went under the control of Mao's Communists, who won it. At the same time, the Kuomintang supporters have gone to Taiwan. US House Speaker Nancy Pelosi is on an official visit to Taiwan. America's Nancy Pelosi's comments on the Taiwan issue are important.

First, China came without messing up Taiwan. However, whenever China emerged as a major country in the international economy, China claimed Taiwan as a part of their country. Thus, if Taiwan is declared an independent country or if major world leaders announce that they will visit Taiwan somewhere, China will strongly protest.

China, which claims Taiwan as a part of its country, strongly condemned Nancy's visit. And China warned that the US would pay a heavy price for Nancy's visit. In this case, Nancy Pelosi met Taiwan President Tseing Wen.

Both discussed various important issues during this meeting. Nancy Pelosi then met with reporters. She said, "The world is now in a situation where it has to choose between democracy and dictatorship. The United States is determined to protect democracy in Taiwan and the rest of the world with an iron fist.

America's rapprochement with Taiwan is more important than ever. We have brought this message before you today." China, which strongly condemned Nancy Pelosi's visit to Taiwan, has sent military planes into Taiwan's airspace, causing tension. The issue of Taiwan had caused great debate in international politics for two days.

Our delegation had the distinct privilege of meeting with the President of Taiwan @Iingwen today.