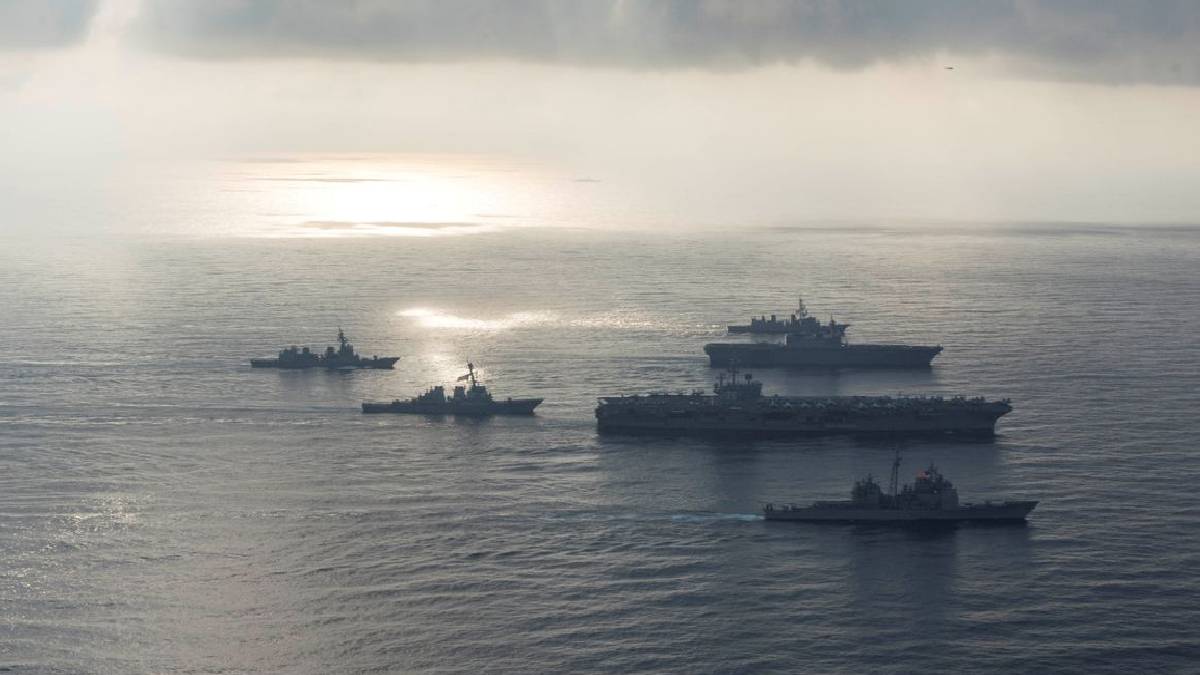 China conducted an air combat test of an advanced missile near the Taiwan border. Subsequently, Taiwan's military has publicly announced that it is ready to face China if it starts a war.

US Parliament Speaker Nancy Pelosi officially visited Taiwan on August 2nd and 3rd. The Chinese government, which opposed her visit from the beginning, has now embarked on military operations to threaten Taiwan.

16 km from the Taiwan border. Far away, the Chinese Army held a grand war rehearsal yesterday. It launched 11 ballistic and hypersonic missiles in quick succession. The Chinese Army has said they will conduct serious combat exercises until the 7th. China's triads have surrounded Taiwan's six border areas. Chinese warships and warplanes are stationed in readiness. Fifty flights were cancelled in Taiwan yesterday due to China's war drills.

According to Shen Yi-ming, the senior leader of Taiwan's military yesterday, "The Chinese military is conducting war exercises with long-range missiles. We are watching China's every move very closely. We don't want war. But if China starts a war, we are ready to face it," he said.

The country's government has introduced a new app to guide the people due to the war between China and Taiwan. The app has maps of 5000 shelters. Guidance on what to do if China's drones are spotted is also provided.

The US Navy's USS Ronald Reagan ship patrols the border to support Taiwan. An implicit warning has been given that if China starts a war on Taiwan, the US will enter the war directly.

In a joint statement issued by the G7 Foreign Ministers and the European Union, "Peace and stability must continue in the Taiwan Strait region. No change should be made in the present situation. We strongly condemn the war drills conducted by the Chinese Army to disturb the Peace. Don't create unnecessary tension. This will have bad consequences."

On the other hand, Russia and North Korea are raising their voices in support of China. The United States and European countries are united against Russia in the Ukraine issue. Currently, the risk of World War 3 is increasing because of the Taiwan issue.

International security experts have said that China will face disaster if there is a war between China and Taiwan. They have said, "Compared to China, Taiwan's military is relatively weak. However, the Chinese Army will face a huge challenge as the United States and European countries will come out supporting Taiwan.

The Chinese navy can easily approach only the Taiwan islands near the Chinese border. The Chinese fleet will face disaster before approaching other islands."

US Parliament Speaker Nancy Pelosi said n Tokyo on Friday, "They may try to keep Taiwan from visiting or participating in other places, but they will not isolate Taiwan by preventing us to travel there. We had high-level visits, senators in the spring, the bi-partisan way, continuing visits, and we will not allow them to isolate Taiwan," she said.