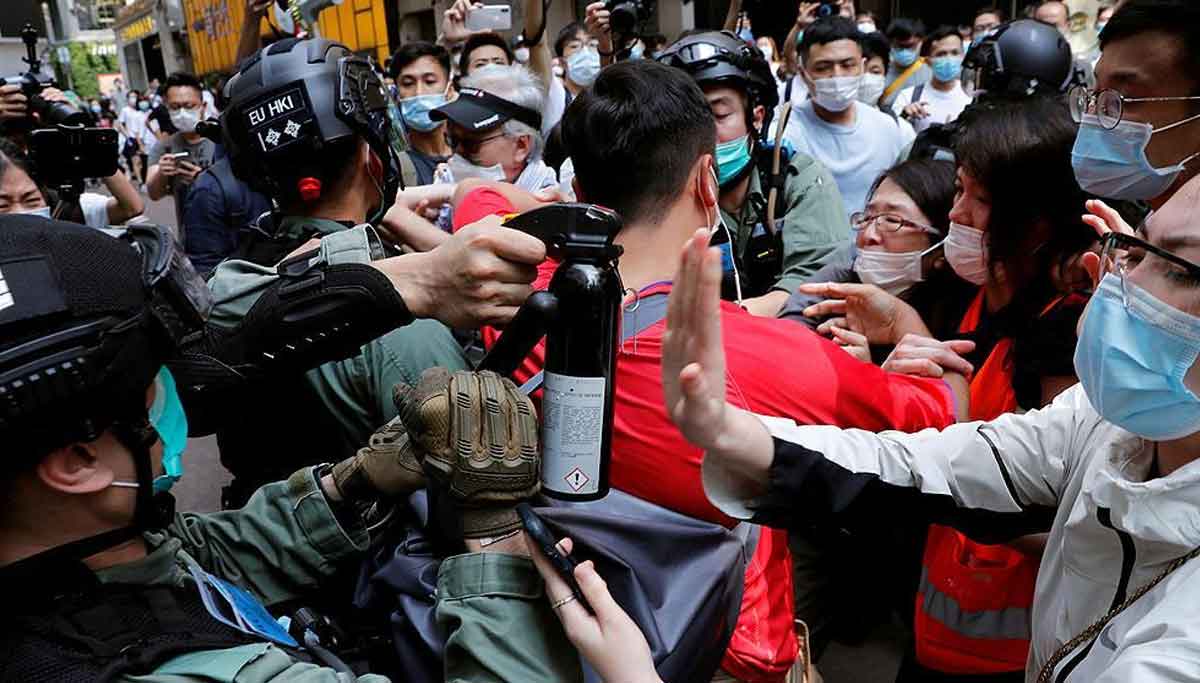 The USA - china: Coronavirus pandemic is causing more trouble now from all directions to the world. Apart from causing death to nearly 355,000 people and infecting more 5,682,389 people, it is causing more trouble in the economic and war front. Without mentioning any country, the Chinese president Xi JinPing asked his army yesterday, May 27, to be ready worst case scenarios in other words for war. The American secretary of state Mike Pompeo yesterday certified to the Congress that Hong Kong no longer enjoys China's autonomy. Also, there were wars of words between the U.S. and China at the U.N. meet yesterday.

Hong Kong trouble: In 1997 when Hong Kong was handed to China by the British, it was under certain conditions of maintaining democracy. But the Chinese government recently has brought a new national security legislation for Hong Kong. It is to control the revolt which spread against the Chinese authorities in 2019. The new legislation has made the secretary of state to certify the Congress that Hong Kong is not any more entitled to the U.S.'s special status. It means that Hong Kong may lose its status as the international financial hub if the president passes an order on the certification. The U.S. also alleges that China is no more a responsible U.N. member state due to its gross mismanagement of the Coronavirus crisis, and the violating human rights.

China's Reply: China's U.N. ambassador Zhang Jun posted on Twitter that the security legislation for Hong Kong is an internal matter and not within the security council's purview.  Replying to the American allegations, Zhang said that the U.S. is proving again to be a trouble maker for the world. He also noted that the U.S. should stop playing power politics and bullying other countries.

Meanwhile, President Trump has offered to mediate between India and China over the escalating war situation on the Ladakh border between India and China. He will soon decide on the certification of the Pompeo regarding the special status of Hong Kong. It could trigger a lot of more issues between the two countries.