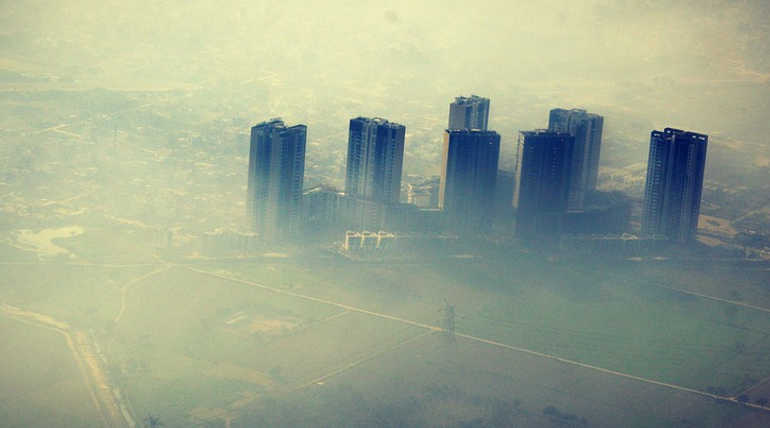 These Are The Worst Air Polluted Cities Of India. Representation Image Of Polluted delhi

A new Indian air pollution study reported the level of 2.5 micron sized Particulate Matters in air exceeds up to 175-200 percent over the safe limit in this popular North Indian State. The study claims nearly 4000 premature deaths that happening all over the year in that state are due to the polluted air and environment.

The Center for Environment and Energy Development and IIT(Indian Institute of Technology) in Delhi glued up together for a program titled "Know what you Breath". The goal is to highlight some of the most air-polluted cities in a particular state and to highlight the bad consequences of fetal deaths.

For this, the team of CEED and IIT that lead by Director Abishake Prathap of CEED had collected the complete air quality data of three major cities of Bihar. The cities are Patna(the capital city of the state), Muzaffarnagar and Gaya. After mining some important data of those cities like Mortality rates and the reason for the mortality the team came up with some hard results that screen the hard reality of the Pollution control department of the country.

The results added nearly 30 percent of premature deaths are mainly due to the respiratory infection that caused by worst air quality in the cities. According to the team head, most of the air pollution caused by the open burning of wastes, residential emission, and transport exhaust and most importantly the results claimed that children are most important victims of the vulnerable pollution.

Some of the most common mortality reasons are lung cancer, pulmonary disease, heart disease, stroke and acute lower respiratory infection. The study also highlighted the importance and immediate action of the government of the state to reduce the premature deaths in the state.

The team head said there is an urgent need for targeted air quality management in the state by setting more real-time pollution monitoring station across the state.

The team also emphasized the need of smokeless cooking and electric vehicles as the current data directly pointing the pollution created by the diesel engines and the residential smoke. They also stated by initiating the proper controlling measures, severe action plan and public awareness of the air pollution range of the state could be reduced as soon as possible.