US Winter Storm: Over Snow Increases Death Toll To 39 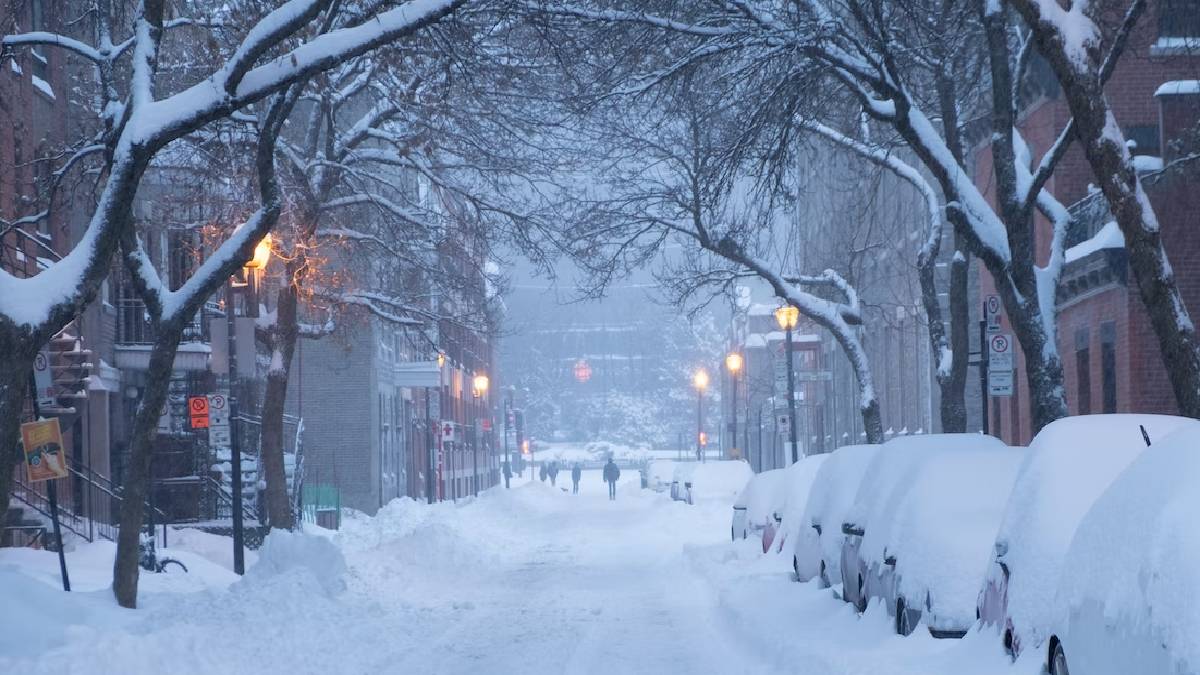 A severe snowstorm has been blowing in America for the past few days. America is covered in snow. Most deaths were reported in and around Buffalo, western New York state.

Many people were affected by the bomb cyclone that appeared suddenly last Friday. Severe weather has caused power outages in homes and businesses. The normal life of the people has been completely paralyzed due to the severe bomb blizzard in America. The death toll due to the blizzard has risen to 39.

Parts of western New York are covered in 43 inches of snow, leaving thousands of vehicles stranded and power outages. Strong winds of up to 64 kmph are blowing in different parts of the United States. Due to this, ice blocks have accumulated on the roads, and the traffic has been affected.

Freezing temperatures of minus degrees Celsius were recorded in 48 states of the United States as ice piled up 4 to 6 feet high. In this case, the country's meteorologists have predicted that the heavy snow and snowstorm falling for five days will gradually decrease.

US Winter Storm: Over Snow Increases Death Toll To 39