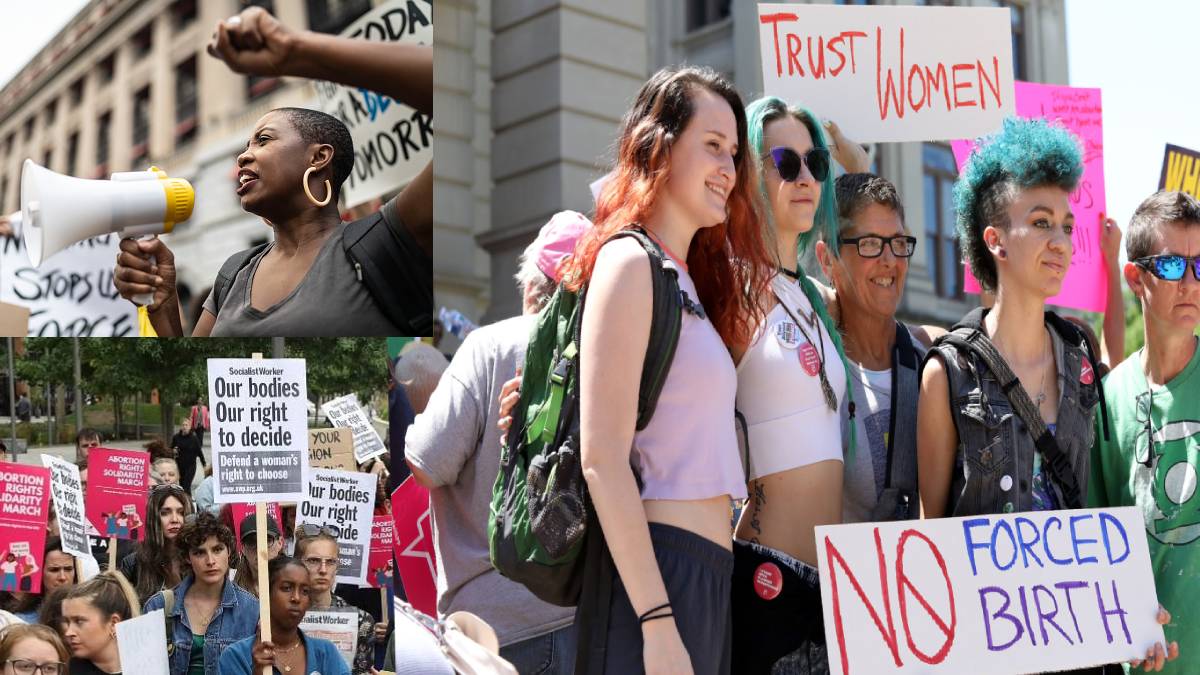 Protests against the US anti-abortion law have been intensifying in the United States for the past two days.

People in many states are protesting against the US Supreme Court ruling. In the 1973 case of Roe v. Wade., the US Supreme Court passed a rule that pregnant women have the right to abortion under the 14th Amendment to the US Constitution. Subsequently, various debates arose, including how many weeks to allow an abortion.

In this case, the Mississippi State Government enacted legislation in 2018 to prohibit abortion. Thus abortion cannot be performed after 15 weeks. The United States district court, which heard the case against the law, passed a rule that the provincial law was valid.

A 19-year-old student said, "The verdict of the Supreme Court is definitely not acceptable. It is not appropriate to force women to be mothers. This is a war waged on women. "

The 57-year-old woman said, "They opposed the LPGPT. Have now come to women. These must be stopped."

President Joe Biden has called on the American people to elect politicians who will defend abortion rights in the provinces and among themselves, saying the Supreme Court's decision is not final.