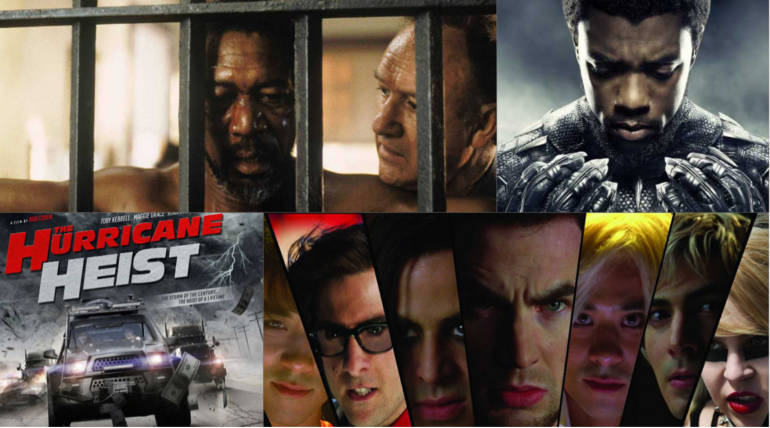 As already said September is one awaited month for Netflix users as more Exciting Films and Web Series Releasing in Netflix on the month of September. This list covers the movies, particularly which is releasing in the platform that can be called as must-watch films of this month in Netflix that promises a marvellous experience and worth the time.

Marvel Superhero film which has the superhero of same name making debut film to the Marvel Cinematic Universe. The movie got a wide critical acclamation along with box office success creating records collections. The movie is eagerly awaited by the fans to hit the online platform for the worldwide audience.

The movie released on the last Saturday while it is looked forward to the making of the film by the Oscar-winning director Clint Eastwood starring Gene Hackman. It is a 1992 movie which is a revisionist western film winning 4 Academy Awards for the Best Picture, Director, Editing and for the Supporting Actor.

It is a comedy film written and directed by Harold Ramis released in the year 1993. It is a critically acclaimed entertainer with a light-hearted theme and is now coming to the Netflix to show some quality time for the audience.

The adventure thriller film is about a family which is on a whitewasher trip facing two criminals who are violent said in a thrilling way. The movie stars Meryl Streep, Kevin Bacon and directed by Curtis Hanson.

Probably the oldest film of the list which stars the young Emilio Estevez, Anthony Michael Hall, Judd Nelson as teenagers who spend their detention Saturday with their strict assistant principal. The comedy-drama is a successful film in all means that is releasing in Netflix for everyone to enjoy the 3-decade old entertainer.

The Crime drama stars Al Pacino in lead role directed by Brian De Palma and written by Oliverstone which is a remake film of the same name in 1932. The movie initially got negative comments from critics for its violent theme and making, but an all-time classic film.

Scott Pilgrim vs. the World

Based on a novel series Scot Pilgrim, the action comedy film is praised for the stylish making and humour in the film directed by Edgar Wright in which Chis Evans plays a prominent role as one among the Exes of the lead actress.

The movie had its theatrical release earlier this year, being a heist action film the movie received negative reviews and bombed at box office. Though, the film has its rich factors like visual treatment, action sequences to watch for.

10 Movies and TV Shows to look out in September