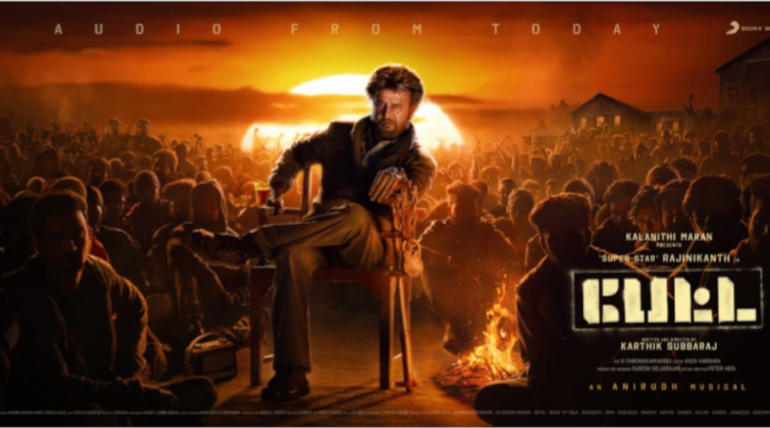 Rajinikanth's net big film Petta is one of the most expected films and the teaser of the film is most looked forward to a long time. Now the release date and time of the teaser has been officially announced by the team and it is releasing tomorrow morning 11 a.m as a special birthday treat from Rajinikanth.

The film is releasing for Pongal festival weekend along with Thala Ajith's Viswasam releasing on the same occasion and clashing with each other. Now all eyes are on the glimpse of the film featuring a huge star cast that looks most exciting in recent times.

It was very much expected by everyone that the teaser would release for the birthday of actor Rajinikanth and the team has finally made it official by announcing the release date as #PettaBirthdayTrEAtSER for Thalaivar birthday. The movie has a huge star cast of actors like Vijay Sethupathi, Bobby Simha, Sasikumar, Bollywood actor Nawazuddin Siddique, Trisha Krishnan and senior actress Simran along with Rajinikanth.

Sun Pictures made the official announcement through a tweet without much noise for the announcement. It is quite a surprise that the promotions are played silently for such a big film of this scale which has so many reasons to celebrate for the collaborations. The audio launch of the film held recently and Anirudh has impressed everyone with instant hit numbers and the theme music were very much loved by the audience.

Now it is time for a visual promo to kick-start another level of expectation for the film. While the film is announced to be released for Pongal, the exact release date haven't been confirmed by the makers. Along with the teaser, the release date is also expected to be announced and it is just hours away for the arrival of the biggest teaser.