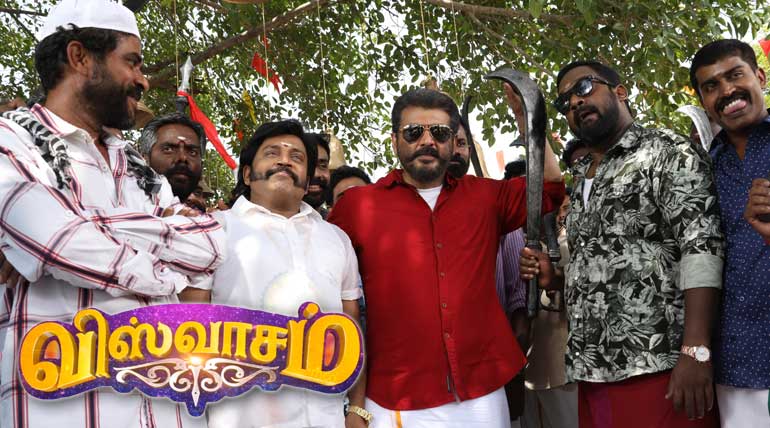 The Pongal biggies Viswasam and Petta are gearing up for a grand release by exactly a week of time and theatre signing is being done currently for both the films. All area distribution has been completed for the films while some Chennai theatres already started booking for Thala Ajith film. Early morning fans club tickets are already out in the circulation and fans are gearing up to welcome back Thala to the box office game.

The initial theatre list of Bangalore city for Viswasam is out and the complete list of theatres will be announced by this weekend. Bookings in Bangalore were said to be starting by Friday night. Huge early morning shows were planned for the film and fans have planned bigger celebrations this time.

Below are some of the centers in Bangalore which confirmed the film and more update can be confirmed with the next set of theatre list. With the Rajinikanth starrer Petta releasing on the same day, the film will see tough competition at the box office.

Petta is releasing in Tamil, Telugu, and Hindi while Karnataka will see two languages Tamil and Telugu dominate the screens majorly while Ajith who is also having a big market in the state will also see a huge release there. More updates are awaited in the coming days as the movie is releasing on January 10, 2019, as the South Indian special festival Sankranthi.