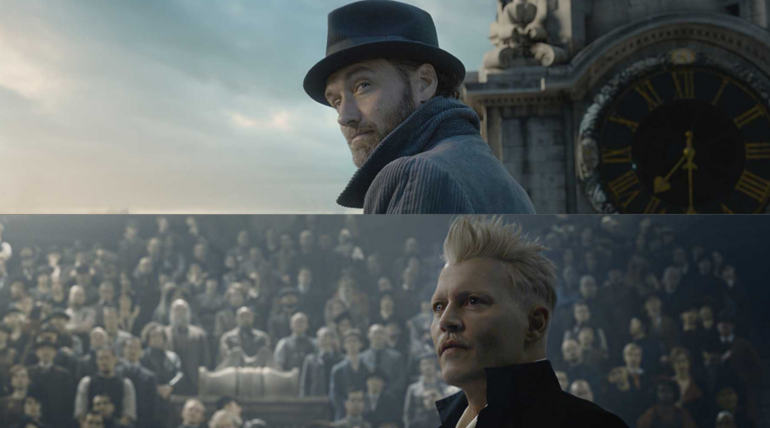 Dumbledore and Grindelwald will have sensual Gay Scenes in Fantastic Beasts 2: Fans are thrilled

If you are a Harry Potter fan, you would probably know the story of 2007 film Harry Potter and the Order of Phoenix where the writer made a revelation of Dumbledore’s love for the dark wizard Gellert Grindelwald. Though it was spoken through the film, it wasn’t shown visually in the film that made Potter fans look for a glimpse through the acts of Dumbledore.

Surprisingly, the young Dumbledore as already said, featuring in the Fantastic Beasts: The Crimes of Grindelwald will make the fans experience the story with visual narration. The director of the film David Yates told this during an interview as there would be sensual moments between the Dumbledore and Grindelwald.

He added that the narration of Rowling doesn’t feature sexuality, but the already said fact about the romance of Dumbledore will be shown in a sensual way and there won’t be any hiding or airbrushing though. Speaking with the Dumbledore actor Jude Law, he said that the sexuality of one doesn’t define a person and his character is multi-faceted in the film wrote brilliantly by J. K. Rowling with her skills.

It is hard to judge or expect what exactly the film would offer soon before the release, the second part of the Fantastic Beasts is sure to make the audience and the Wizarding Universe fans to go awestruck with the magical visuals of Rowling’s writing added with Johnny Depp’s much-expected role as Grindelwald, releasing on November 16, 2018.