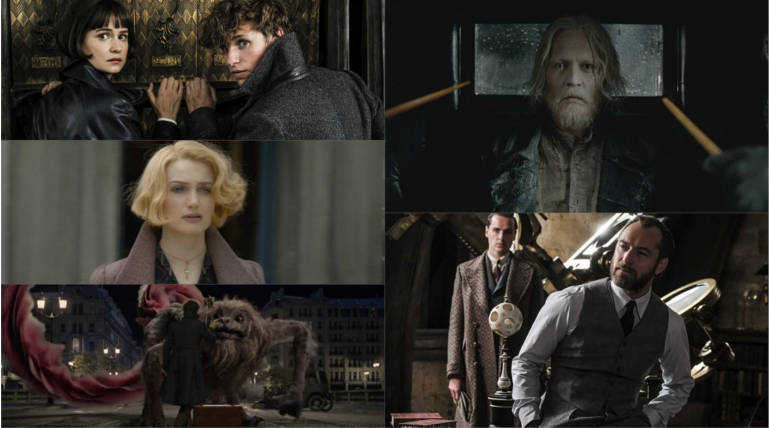 The final trailer of the fantasy adventure film Fantastic Beasts: The Crimes of Grindelwald, the sequel of Fantastic Beasts and where to find them has arrived and throws some surprising elements making the audience to await a spectacular experience. The trailer raised the expectation, at last, coming near to the Wizarding Universe film which has high standards and following around the world with the Harry Potter films.

The trailer is an instant eye catcher with fantastic visuals and serious moments revolving around a high pace action sequences with the huge creatures driven by the Grindelwald played by none other than Johnny Depp who is set to essay the role of a deadly villain in this highly anticipated sequel of the successful first part in which he was seen towards the end of the film getting arrested by the cops.

Seeing the glimpse of the film, it is evident that the film will see a record opening and with a positive reception, it might break as a super successful film joining the top league film series setting a high stage to the upcoming sequels. The young Dumbledore has already excited the Harry Potter fans like never before for this film.

The menacing antagonist wizard Grindelwald is all set to face the wizards who try to save the world from dangers with raging animals setting up a huge battle. The film directed by David Yates is releasing on November 16, 2018, all across the world.