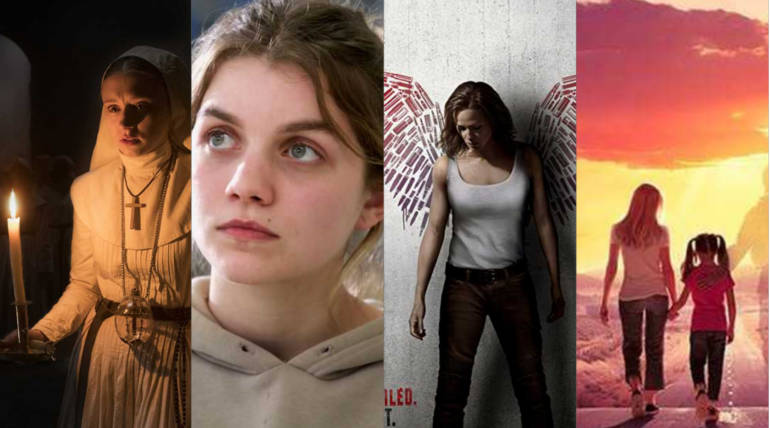 After the release of Crazy Rich Asians, the U.S box office haven’t seen a proper line-up of films releasing in a week as most of the people were watching the before said film and critically failed ‘The Meg’ due to the lack of quality new releases. After such a dull time, this weekend Hollywood seems to get relished with new exciting releases of contrast genres.

Undoubtedly the most awaited horror film of this year is the nun held by the Valak, a haunting Nun having a terrifying look. It is a spin-off film of the Conjuring universe, where the character is taken from the previous blockbuster Conjuring 2. The movie is expected to have heavy frightening scenes more than other conjuring films and fans are eagerly awaiting the soul frightening thriller from director Corin Hardy.

Peppermint is an intense revenge drama directed by Pierre Morel who is known for his film The Gunman, Taken. A young mother who has nothing to lose is yet to take revenge on people who took her life from her. The movie stars Jennifer Garner in the lead role, engaging the whole film into her hands.

The film shows the story of a young mother who lost her husband and grieving and struggling to raise her young daughter, meanwhile she meets a race car driver and how things turn out in her life is the rest of the story. The movie also stands as a tribute for the soldiers of the U.S army, directed by Harold Cronk starring Lindsay Pulsipher.

The French film of the original title (L’apparition) is a dramatic film directed by Xavier Giannoli following the life of a journalist who gets recruited by the Vatican and the case of a girl who claims to have met Virgin Marry and rest is a poetic investigative thriller. The movie is expected to be a dark treated film with twists and turns.