This weekend is filled with sequel releases with Hotel Transylvania 3 already successfully running in theatres, sequels of Mama Mia, Equalizer and Unfriended released this weekend and are predicted to do good opening weekend business irrespective of stiff competitions. All the movies have a respective buzz for the franchise and are sure to get right reception

Mamma Mia! Here We Go Again is a musical comedy film whose 1st part has a big star cast and same actors like Lily James, Meryl Streep, Amanda Seyfried, Pierce Brosnan, Dominic Cooper are acting in this sequel. Following the pre-booking status, the film's weekend collection is expected to do over $35M.

The Equalizer 2: The action thriller sequel of the 2014 film The Equalizer starring Denzel Washington, Pedro Pascal is expected to be on par with the 1st part of the film which is talked for its thrilling action screenplay and the weekend figure is projected to be more than $25M in domestic Box-office.

Finally the Dark Horse of the list, Unfriended: Dark Web is releasing along with 2 notable sequels. The first part of film emerged as a sleeper hit with a low budget, it collected big and the sequel is also expected to do the same magic. With a making cost of $1 million, the movie's weekend Box-office itself is predicted to touch close to $5M. With all the films expected to gain the audience curiosity, screens will be filled for the coming few days. 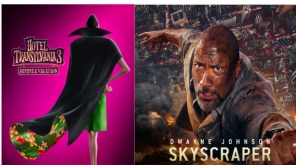