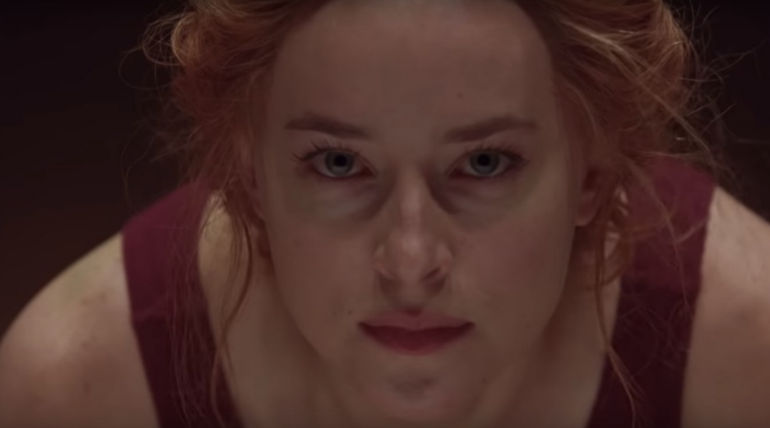 The newly released Clip from the upcoming horror flick Suspiria is extremely intense and makes quite an impression on the film to be looked forward. Dakota Johnson as Susie Bannion holds the sneak peek with her dance moves and the video of around 1.30 minutes features the actress making her first dance move in the film as per the story and it is an energetic minute long performance.

Susie Bannion is touted to be the central character of the film and the dance of her in the released scene completely floors the audience with a miraculous performance. Without any music or background song, the fast moves by Dakota haunt quite enough and raise the curiosity on the film. As said earlier, the film mainly focuses on the mysterious dance designed in a fearful way.

The film was screened in the Venice Film Festival earlier and got a highly positive response from the critics and audience stated as one of the best films of this year. It was also added to the list of best horror films by some audience owing to the treatment in the film which stunned everyone. The newly released clip pretty stands as a justification for the praises.

(Watch the New video of Suspiria shared at the end of the article.)

Suspiria stars Dakota Johnson, Tilda Swinton, Doris Hick and directed by Luca Guadagnino. The movie is scheduled to release on November 2, 2018, in USA and in other markets at respective dates after the domestic release.