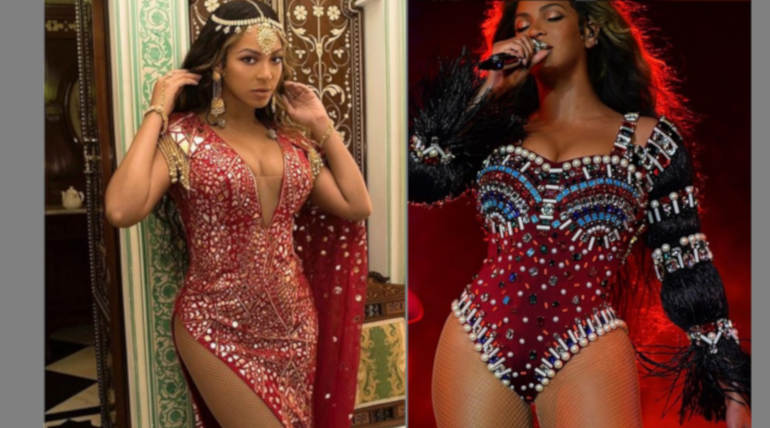 Actors like Salman Khan, Shah Rukh Khan, Ranveer Singh, Deepika Padukone, Abhishek Bachchan, Aishwarya Rai Bachchan were seen moving their legs on the wedding night. Actress Priyanka Chopra who recently married American Singer Nick Jonas also made a special performance onstage. Beyonce is a worldwide sensational star and her fanbase in India is humongous as everyone is aware of. She gave an absolute killer performance on Sunday night and the crowd went crazy for her.

Beyonce is the third highest paid women in music, listed by Forbes with a $60 million annual earning while the hot star singer was the top-earning singer last year. She earned a huge $105 million in 2017 Forbes' list and she was remaining in the top 10 list for the past half-a-decade. With her presence along with other top Bollywood stars, the wedding night was a grand gala.

Social media erupted for her presence in India and she was on the India trend list for the whole day. Watch her knockout performance in the function to cheer up the audiences and scroll to see more responses from the people in Social media regarding Beyonce's India visit. Videos of other Indian celebs in Isha Ambani and Anand Piramal's wedding are also posted below.

#Beyonce sets the stage on fire at #IshaAmbani and #AnandPiramalï¿½s pre-wedding event. pic.twitter.com/skMNE3GOaC

#Beyonce turns up the heat at #IshaAmbani and #AnandPiramalï¿½s pre-wedding celebrations. pic.twitter.com/HtjtGAmJLV

#Beyonce showing us exactly why she is the true queen! #AmbaniWedding pic.twitter.com/VydmE4sDui