Are You Ready To Face the Human Extinction from Earth 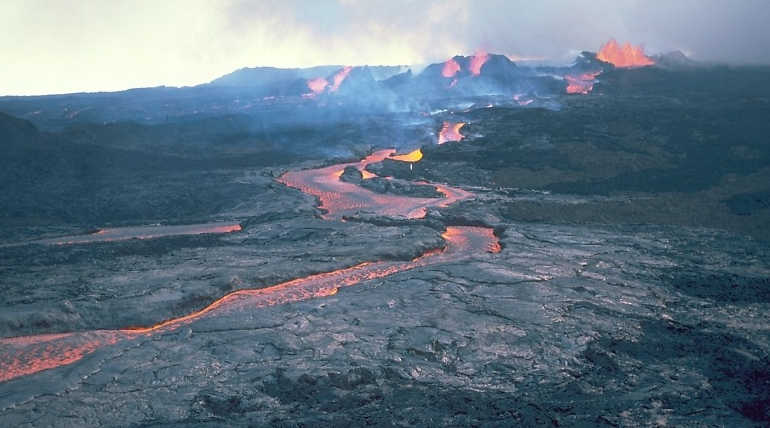 Are You Ready To Face the Human Extinction from Earth. Representation Image of Mouna Loa

Scientists are considering that no aliens needed to tear up our earth we fellow humans have already completed a quarter of that progress. In a recent study environmental scientists have recorded the CO2 in the atmosphere leveled as 410 ppm(Parts Per Million) one of the highest records in the history of human beings.

A team of researchers from the University of California who involved in recording the atmospheric CO2 level every month claims that this is the first time that the atmospheric CO2 amount crosses 400 ppm. These records have been taken from Mouna Loa of Hawaii island where the place the scientists are considering an area which is not affected by the high level of pollution. But even the low polluted area had also scared them after they got the results of the April month.

Even the unpolluted area had also been polluted by the activities of humans across the world when they dump their wastes in the seas and the strong currents of oceans make those dumps to surf over the endangered coral reefs and shores of islands that are highlighted as world heritage sites by UNESCO.

Scientists claiming that humans have polluted the earth and made the climates to change rapidly. Nature is also one of the reasons for increasing CO2 level but it takes millions of years to make worst effects on the environment. But humans did that in a very short period. Despite many awareness programs, NGO activities and governmental activities of controlling the pollution we emitted the highest amount of greenhouse gas in the previous year.

We refuse to pay attention towards saving the forests a natural bulwark of the earth by cutting down its trees. Hence forests lost their ability to pull the excess carbon dioxide. Probably we have eliminated the biggest pollution shield.

Now the level of Carbon di-Oxide had reached a new height. Scientists are claiming that there was no human existed in the past when CO2 level is considered to be this much. Apparently, the time that is known to be the earlier stage of our planet.

There are a lot of technical ideas to be implemented for controlling the emission of greenhouse gases but we failed to control our excess consumption of fuel as an act of self-control. Scientists concluded that soon humans and other living organisms on the earth should have to think about extinction if the scenario tends to continue at the same rapid speed.

Are You Ready To Face the Human Extinction from Earth