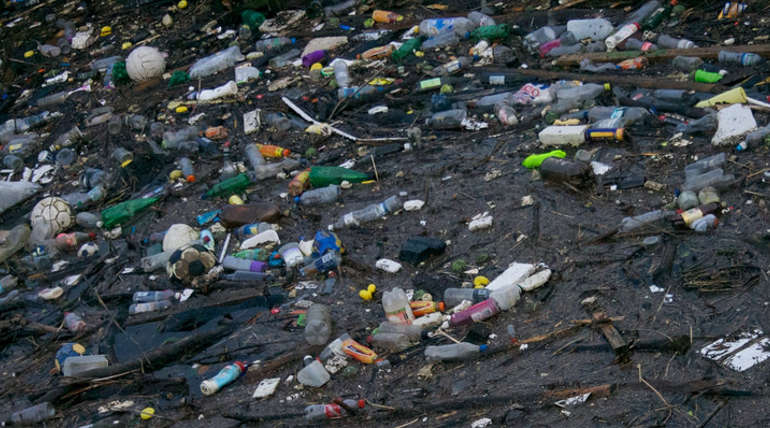 Plastics, one of the most important environmental polluting source on earth. World nations have taken enough steps to control the proliferation of plastics over the earth but everything ended up in negative results. Plastics, even more particularly PET(Polyethylene Terephthalate) that is used by almost the entire world population. But this PET takes hundreds of years to degrade when thrown out by the people after its usage. Until then it will continue its process of polluting the environment.

When world scientists and government are working seriously about controlling plastics, a group of Japanese researchers stated that they have discovered an enzyme that produced by a bacteria that could break down the plastics like PET and PEF. PEF(Polyethylenefuranoate) is the alternative to plastics that are considerably made biologically.

The bacteria known as Ideonella Sakaiensis is evolved for millions of years to break down some plastic particles that cover the plant leaves. The scientists and the research team behind the study in Portsmouth University had named it as PETase Enzyme in short. They said that the Japanese researchers have found this enzyme in a sediment of the bottle at a plastic recycling site.

They initially deployed those enzymes on PET and found a positive result and then again tested over the PEF and dropped their jaws in excitement as the enzyme showed them a greater result in PEF than the PET.

According to the research team's head Prof John McGeehan, these PETase are not evolved in the past century rather than they have started their evolution process long before, maybe some million years ago to break down the plastics.

Now the current research team is engaged in modifying the enzyme for the industrial purpose by improving the speed of those enzymes in an unbelievable manner. The scientists have come to the conclusion that the enzyme can be improved after understanding the 3D structure of the enzyme.