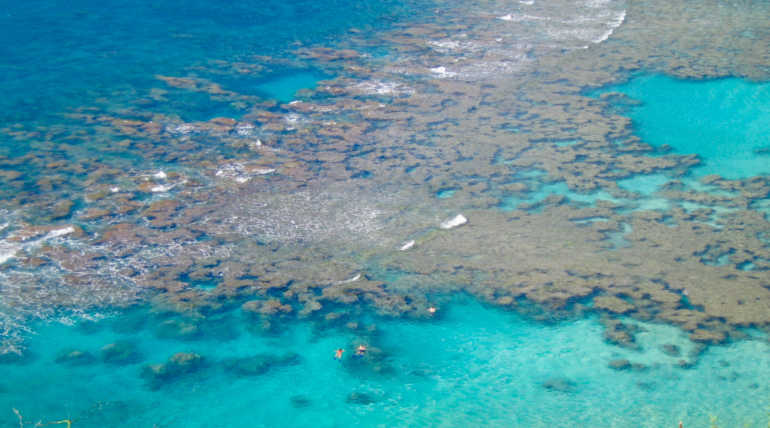 A bill has been passed in April to ban the sale and use of Sunscreen that containing chemicals like oxybenzone and Octinoate in Hawaii Islands and the bill has been kept for making a decision on April 27.

The bill has been passed in the interest of protecting the valuable coral reef in the isolated island region as the Oxybenzone and the Octinoxate has polluted the coral environment completely in past 30 years.

In a recent study in Haereticus environment, Laboratory by its executive director Dr.Craig Drowns claims that the sunscreen chemicals are the most important source of damaging the Hanauma Bay. It exhibiting the toxic level in the sea is up to 10-parts-per-trillion and that is consideringly one of the highest levels.

Lisa Bishop, the president of the Friends of Hanauma Bay, who is a prominent supporter of this bill said that the chemicals in the sunscreen have let the coral reef to not to recover from the damage as it damaged the coral DNA. Banning those toxic sunscreens are the only way to regain the Hanauma Bay.

According to Drowns the chemical that added to the water are not only treating the reef but also the health of the people as the water is completely contaminated by the chemicals.

Bishop said that if the contamination goes this far without any obstruction soon the reef structures will be completely destroyed within 15 years. the coral reefs are one of the main tourist attracting point in the Hawaii Islands.

Oxybenzone and Octinoate are also mentioned as toxic chemicals to humans even though they are acting as a UV filter on a sunny day. Previous studies confirmed that both the chemicals will make damage to the hormonal section and reproduction section. It also causes probable skin infections and sometimes causes thyroid like ailments.

This chemical tends to kill the coral larvae immediately after its birth and induce unrecoverable damage to the coral fauna and flora.