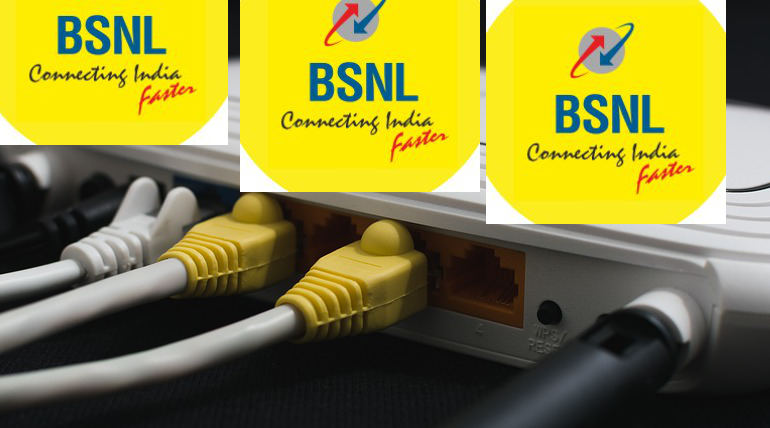 India's state owned telecom service provider BSNL is the fifth largest in the country. Network service providers Jio, Airtel and Vodafone are contesting each other in the recent years. Following them, BSNL also has been announcing new prepaid plans to attract new customers.

In its recent move, the company has announced 4 prepaid plans starting from Rs. 99 to Rs. 399 up to 600 GB at 20 Mbps delivery speed that automatically gets reduced to 1 Mbps when the daily usage limit is crossed. Starting from 1.5 GB per day to 20 GB per day can be availed through the 4 plans. The validity period for these plans is 90 days and it can be extended up to 6 months.

According to the new Fibre to the Home (FTTH) broad plan announced, BSNL is offering about 500 GB data per month at a speed of 50 Mbps worth Rs. 777 with the plan starts today (June 12). In addition to the above plan, another exciting plan named Fibro Combo ULD 1277 is also introduced that offers 750 GB data up to 100 Mbps speed.

Users can notice a reduction in speed to 2 Mbps if they have crossed the fixed data limit. Suppose, if the user wants to extend the plan for one or two or three years, they are charged at higher rates in the approximate price range of Rs. 8,000, Rs. 16,000 and Rs. 24,000.