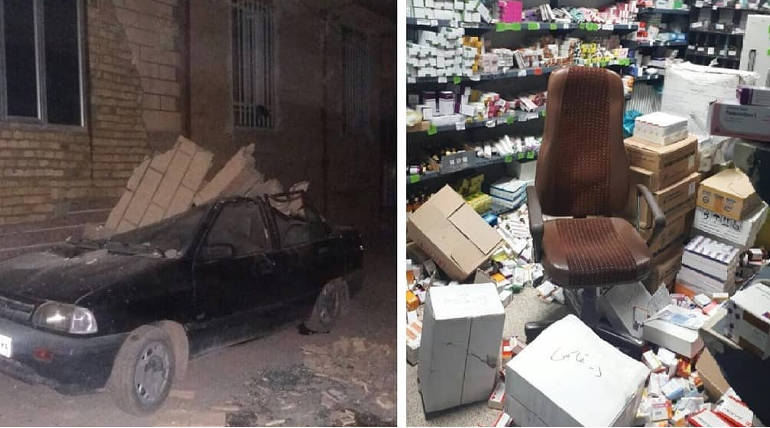 Early on Sunday, Northwest parts of Iran faced earthquakes at a magnitude 5.9 with epicentre located at 6 miles from Tazehabad. The depth of the earthquake is reported to be 10 kilometres while the people around the capital city Baghdad also felt shakes.

Almost 250 people were injured and 2 people were said to be dead in the earthquake. The local media arrived at the spot and they were said that five rescue teams have been sent to the affected areas to help people avoid casualties anymore.

US Geological Survey initially said the earthquake’s magnitude as 6.1 as reported by the Iran local media. The nation has faced worse natural tragedies before, while the 2017 earthquake in Iran which killed more than 400 people is still fresh in minds.

The officials of Iran Republic said that there has been water necessity throughout those areas, as the infrastructures were damaged and the power has been temporarily cut in several villages. Iran as a frequent earthquake region, faced the disaster after the recent Fiji Earthquake | Venezuela Earthquakes and Trinidad Disaster last week.