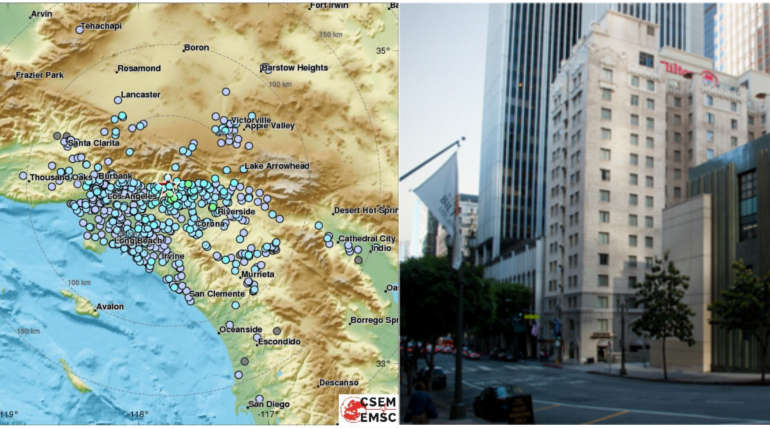 Los Angeles downtown felt minor shakes widely over the county due to the earthquake that hit La Verne which epicentre is located at 25 miles east of the Los Angeles. The quake originated from 3 miles north of the La Verne with 4.4 magnitude that made buildings in Los Angeles shake for some moment by 7:30 pm PDT.

People were terrified of a possible disaster and ran out of their buildings to the roads. After moments of the first earthquake, the second minor waves started shaking the southland which is said to have hit with 3.4 magnitude. The back to back temblor made the locality of Los Angeles panic, while the people of La Verne near the epicentre felt massive shakes.

The shakes were widely felt in the counties around La Verne and as per reports, Sylmar which is 40 miles away and Huntington Beach trembled for a few seconds. More updates regarding the earthquake felt areas and conditions around those places are awaited.

The United States Geological Survey reported that the depth of the earthquake was about 6 kilometres from the ground level. Apparently, in the last 3 years, this 4.4 magnitude earthquake is said to be the biggest quake that hit Los Angeles. No damages or casualties were reported so far in the town and the police are inspecting various areas hit by the earthquakes.

People shared their thoughts about the earthquake on social media regarding the shakes felt in LA. Though the La Verne quake is not a big temblor comparing to the recent Venezuela Earthquakes and the one in Trinidad, the continuous calamities in past days are to be noted and not to forget the Hawaii Floods. 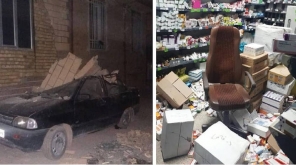