The auction offered a glance of the splendid collections of the French Royals.It is one of the most important royal jewellery set that ever come for auction, on 14th November, Wednesday evening in Geneva, Switzerland. This item had a pre-sale estimate between $1 million and $2 million. At the auction house, Sotheby, states that the buyer's premium has fixed a new auction record for pearls in the market.

The traditional pendant is part of an Royal Collection, which included a diamond double-ribbon-bow brooch, sold for more than $2.1 million, also a monogram ring with woven strands of Antoinette's hair, sold for about $440,000 and also a pearl and diamond necklace was acquired for $2.2 million. The collection was an integral part of a chain of auction comprising items from the Bourbon Parma family, Europe's most famous dynastic houses.

The 100 works were sold for a total of $53.1 million, while the pre-sale estimate was only $7million.Marie Antoinette was the last Queen of France, second last child and the youngest daughter of Francis I, Holy Roman Emperor and Empress Mari Theresa. She was born on November ,, 1755, Austria, guillotined on October 1793 at the height of French Revolution. She was the queen of Louis XVI of France. Until now these jewels were not seen or auctioned before. 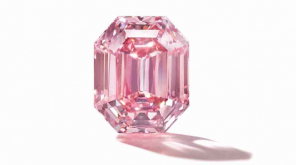