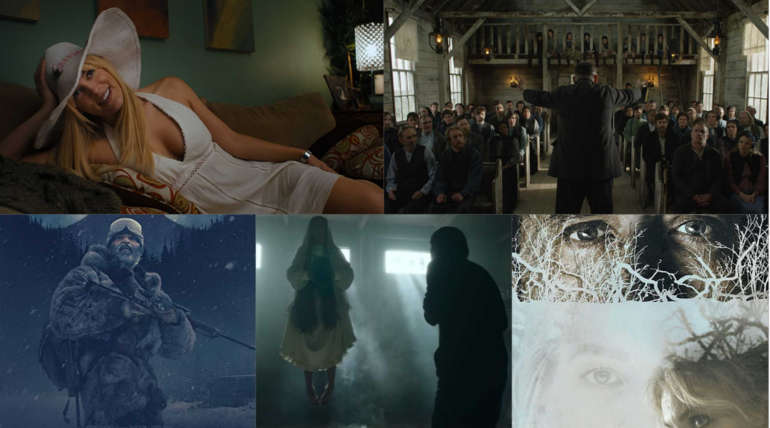 With the genre-bending most awaited Fantastic Fest 2018 starting this Friday, it is one of the heavily celebrated festivals for the cinema lovers to watch many incredibly made and sublime movies at one spot which offers with the amazing mysterious films feeding the movie geeks with splendid movie watching experience. Though many of the films expected much to open in the Fest, here is a set of movies which deserves a watch and worth the time of the audience delivering a splendid show.

The kidnap of a young woman by a religious cult group and their demand to his brother for ransom money is the starting point of the story which drives to a thrilling track of the brother Thomas Richardson tracking down the history of that group and facing them. The film Apostle is expected to be made with a terrific screenplay engaging from the beginning to the end.

The storyline that would literally compel the curiosity tells the story of Joe the man after the death of his wife faces a critical situation when the spirit of his dead wife possess on the daughter of his new girlfriend forming a fiery love triangle that just gives some chills with that synopsis.

Under The Siler Lake

The mystery behind crimes, murders and human disappearances with a man’s finding process of the truth in this neo-noir LA-based thriller made with a damn deadly screenplay and a treat for the niche audience.

May The Devil Take You

The Indonesian Horror thriller is a counter war between a family and a devil who took the life of a man in that family and the bloodsucking dark thriller shows the tactical revenge on the Devil.

The film has a neatly designed story base for a haunting thriller with the wolf playing as the major terrifying factor of the film by hiding and hunting down the kids of the village and a wolf expert tracking down those beasts and taking on them. The movie already got huge praise in the screenings at the Toronto Film Festival.