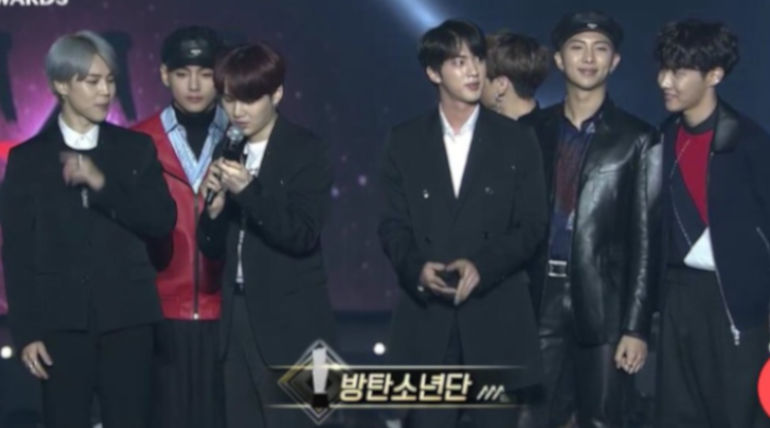 The BTS crew have won the much-expected Popularity Award at the Asia Artist Award 2018 by the fans voting. The sensational music band is on a high with successful concerts this year and with a huge fans support their event cinema Burn the Stage is running successfully in theatres across the world.

The 3rd Asia Artist Awards is being held and the much-expected Popularity Award is undoubtedly won by the BTS with huge support of fans. The crew after winning the hearts of people, also owned this coveted title, redefining the love audience have for the Korean Musical Band.

The team also won the Fabulous Award and Korean Tourism Appreciation Award so far in the session of AAA 2018 and expected to take home more titles. BTS currently stands second in winning multiple awards at Asia Artist Awards with 6 awards behind the EXO band which won 7 awards in their career at AAA.

The crew in their thanksgiving speech thanked their fans and said "Thank you.  AAA Fabulous award...  Thanks to our ARMY, As we received this award, we will work harder for music. Thank you." Fans are raving about their win at the award ceremony and twitter is flooded with wishes for the crew. Below are some of the tweets from fans wishing BTS.