The action-packed trailer of Destroyer justifies the pre-release buzz it created with the screenings in film festivals and the praises it is receiving from the critics. Unlike the assumed style, the trailer surprised with a tight hold of screenplay coming in the film at least the trailer was shown in such a way to think like that about the film.

The story looks like a complete undercover operation in the crime drama in which Nicole Kidman plays the role of police detective Erin Bell. Her struggle to connect with her past during her present most confidential undercover assignment looked like said in an engaging and non-linear narrative by Karyn Kusama.

The cinematography looked awesomely fresh and fast-paced visuals, intriguing with varying moods between each glimpse of the sequences. Nicole stands out the best out of the whole trailer, holding the dominance with her mighty performance and extreme emotions. Her much-hyped acting in this film seems like a promising one that would be seen in the film an Oscar nomination is waiting at the doorstep already.

Unlike the expectation for the film before seeing the trailer, it showed a different treatment and gave an action-packed thriller stuff through the glimpses. While Destroyer got huge praise from the critics and festival audiences, it is all set to hit the screens on Christmas Day. 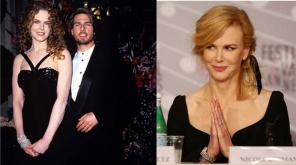