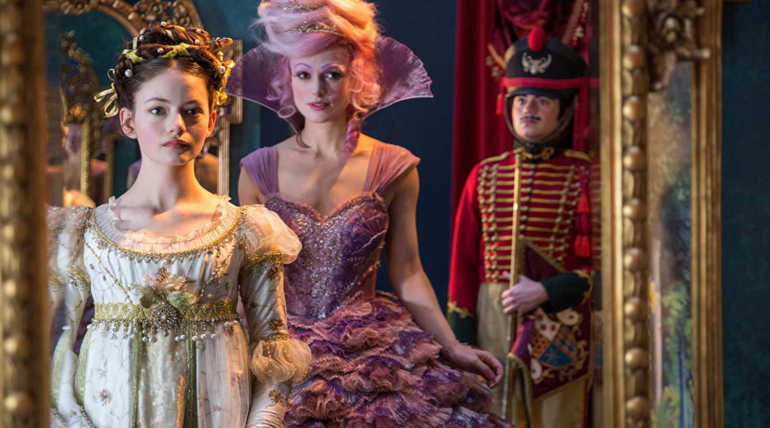 The upcoming fantasy movie ‘The Nutcracker and the Four Realms’ is one of the most expected films of 2018 while the final trailer released recently looks fascinating with top-notch visuals filled with pleasant surprises. The story is based on the novel ‘The Nutcracker and the Mouse King’ which tells the story of a young girl who is told to take special care on the gift presented by her mother.

Mackenzie Foy as Clara is the little girl who gets the priceless gift locked inside a box is in search of the key initially. A Golden thread she gets as a gift in the birthday party of godfather Drosselmeyer (Morgan Freeman) leads to the location of the key which is missed into another world where she is treated like a queen.

Rest of the story follows the mystery behind her life and the secret of the key that opens the box. The movie seems to be present a delightful experience for the kids and teens especially making a rollercoaster ride throughout the film filled with amusing experience and surprising turn of events.

The film is directed by Lasse Hallstrom and Joe Johnston which stars Keira Knightly, Mackenzie Foy, Morgan Freeman, Matthew Macfadyen in the lead roles. The special effects of the film is expected to be one of the best experience presented in this year looking at the visuals from the trailer. The movie is hitting the screens on November 2, 2018.