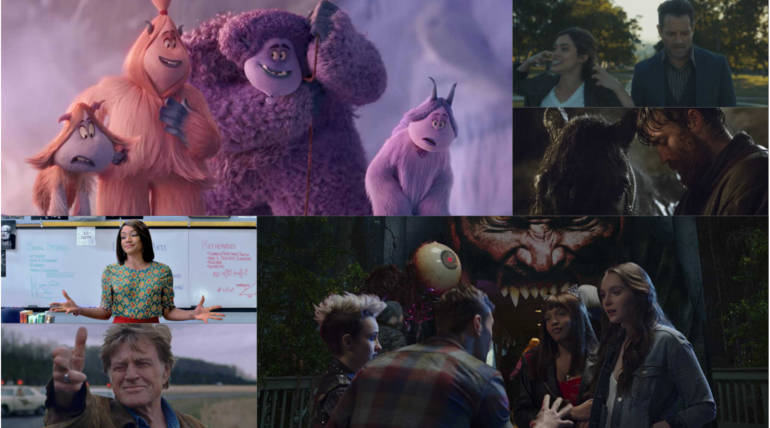 Hollywood Movies Releasing this weekend: Ranked from Most to Least Expected

This weekend is going to be a crowded weekend for small budget films as after the storming of big movies in the past days, some films are using the window to have a release before the box office gets dominated by the big releases again.

Among the films releasing this weekend, most of the genres fall under Comedy drama while a horror and action drama along with a documentary is seeing the spotlight amidst the comedy special weekend.

Animation film Smallfoot is the most expected film of the weekend which is an adventure comedy film directed by Karey Kirkpatrick based on a Yeti which is convinced about the existence of strange creatures called human. Hellfest is the only horror film this week directed by Gregory Plotkin which happens in a horror-themed amusement park taken over by a serial killer and a group of friends entering it.

Black 47 which is the action film starring Hugo Weaving directed by Lance Daly has got some attention among the releases being a specific genre. The other drama and comedy films like Cruise, All about Nina, Cruise, Monsters and Men, Little Women and Night School are releasing with the free solo which is a documentary.

The crime drama The Old Man & the Gun is another awaited Crime drama film starring Robert Redford and Casey Affleck which also has a comedy angle and the audience are eagerly expecting for a right choice of movie among this bunch ranked below according to their popularity.