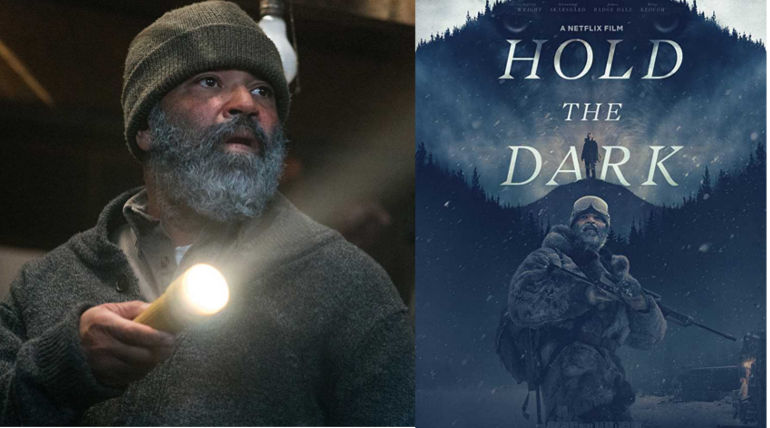 The upcoming thriller film Hold the Dark is about to be released on Netflix while the screening of the film in Toronto film festival was a successful event and praised by critics for the dark thriller presented with stunning visuals and said as an engaging drama throughout.

The film follows the death of a young boy killed by a group of wolves that keeps on killing the people of the forest while the parents of the kid hire a wolf expert to track and hunt down the wolf which took away their son. According to most of the critics, the film is a thoroughly engaging drama with the Wolf expert played by Jefferey Wright owns the screen who travels throughout the film depicting the character effortlessly.

Visuals of the film were exceptionally praised and said to be in high standards showing the dark flavour of the film highlighted with cinematography skills. Though the movie felt a bit lengthy for the story told, by most of the audience, the two plus hour duration passes with a crucial mood of tracking the wolves and the encounter with them.

The whole film gets elevated by the action sequences which were said to be top-notch, providing a scintillating experience with splendid action choreography and making. All said about the positives of the film, the only negative that was mentioned by most of the audience was the dull treatment at some places where it felt too long for a single scene.

With such countless praises coming for the film that makes a completely watchable thriller having deadly wolves and the hunting lead hero, Hold the Dark directed by Jeremy Saulnier has set the expectations up for its release which is on September 28, 2018, through Netflix.