The recent issue of Tamil film Sarkar directed by AR Murugadoss is making headlines ever since the teaser of the film released and a writer named Varun Rajendran filed a complaint on the director claiming it as his story. Sarkar movie stars Vijay, Keerthy Suresh, Varalakshmi, Radha Ravi and the music is composed by A.R. Rahman, bankrolled by Sun Pictures.

Right after the much-awaited teaser of the film released and created a huge buzz for the political drama, a complaint was filed by writer and assistant director Varun Rajendran in writerâ€™s association claiming it as the story is written and registered by him in the name of Sengol back at 2007. Regarding this issue when the writerâ€™s association head Bhagyaraj met Murugadoss and asked to accredit Varun in his film as the main plot of both the films looked same, the director disagreed from the claims and replied them to face it through court.

Then the director/actor and writerâ€™s association president Bhagyaraj issued a statement to press about the story plagiarism of Sarkar and writer Varun filed a complaint on the director for taking his story without his permission. The court proceedings were happening and demanded the team Sarkar to give the explanation by October 30 back then.

Meanwhile, ARM and Bhagyaraj gave interviews to various media and took their stand strong on what they said. Today, being the day allotted by Court for the makersâ€™ explanation, the Sarkar team and the opposite writer Varun Rajendran reached the court and the discussions happened at morning. Both the sides came to a compromisation making mutual terms and withdrew the case. The makers agreed to add a thanking note for the writer who had a similar plot registered earlier.

Since morning the rumours were spreading across the social media, as the news channels twisted the fact and published as the maker has accepted his guilt and crediting the writer before the film. This made havoc in the online platform and later it was made clear that both the sides came to a mutual agreement and as per the writerâ€™s earlier demand, Sun Pictures and Murugadoss agreed to add a thanking note in the title card, stating that the core idea developed the budding writer that apparently coincides with Sarkar plot is honoured. (The official Note is shared below)

And also thanked the writerâ€™s association for bringing the talented writer to spotlight by supporting him. The baseless news spread by media confused online people and celebrities. The recent video of ARM through twitter clearly showed his stance in which he mentioned the similar plot creativity is a mere coincidence and requested the audience to not believe any rumours.

Finally, the issue has come to an end and the movie is ready to hit the screens for this Diwali falling on November 6, 2018. After the actorâ€™s highly successful Mersal of the last Diwali, this film with a strong ARM-Vijay combo is landing with high expectations and business stakes, set to have a record opening for the festival weekend. The actorâ€™s next film is strongly believed to be directed by his previous associate Atlee and said to go on floors by January 2019. 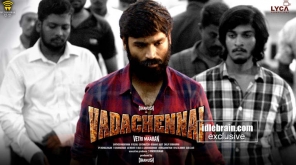 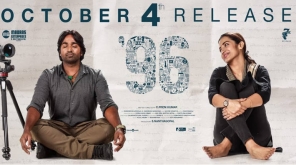