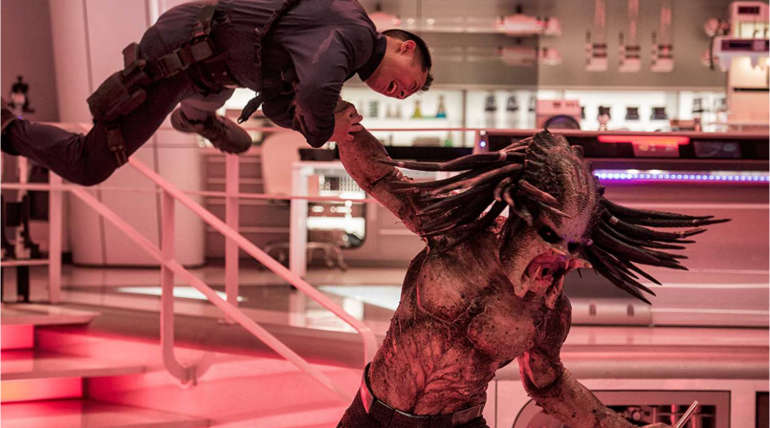 The fourth Instalment in the Predator series based on the Predators, fictional characters introduced through the 1987 film of the same name. The franchise is always looked forward to the badass alien creature and the R rated bloody action sequences in the films. It is the sixth film including the crossover with the Alien vs. Predator films.

The recent trailer raised the expectations to the peak for the predator fans and also among other audience who werenâ€™t much hyped for the film other than the blockbuster first Predator film. After that, the upcoming predator film was criticised for its minimal thriller effects in the glimpses.

The recent trailer showed the exact mood of the film showing the story as a stand-off between Ex-soldiers along with a science teacher and the predators. The lethal hunting creatures were accidentally brought back by a getting triggered by a young boy and this time the predators are seen as an upgraded with mixed DNAs. The battle between both sides driven by Rap music promises some kickass experience as a cool predator film in recent times.

The movie stars Boyd Holbrook, Trevante Rhodes, Jacob Tremblay, Olivia Munn in the lead roles along with the huge creatures while the movie is directed by Shane Black and written by Fred Dekker and Shane Black. The music of the film is handled by Henry Jackman and expecting nothing less than a stunning stuff. The movie is expected to be a complete entertainer, releasing on September 14, 2018, worldwide.