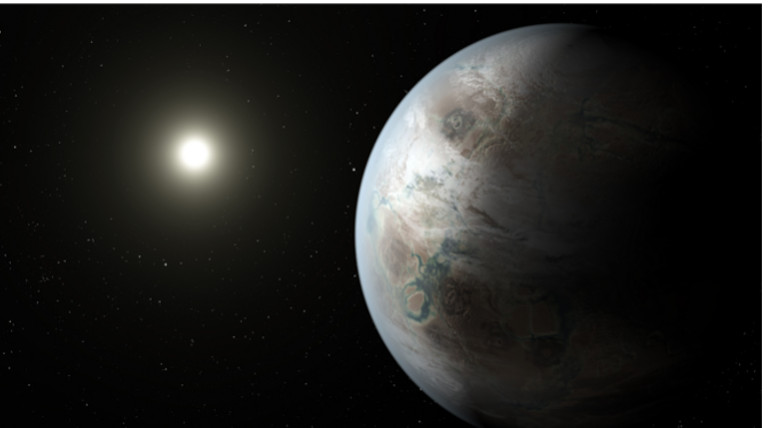 Search for life in nearby planets outside the solar system is a long-standing target for our space explorers and developed countries are investing in large numbers for the same. About a decade ago, several numbers of exoplanets were identified in deep space through NASA's Kepler Telescope. Following this, NASA has been involved in analysing more and more many life-supporting exoplanets.

In connection to this, scientists from California and Australian universities developed the interest in analysing exomoons rather than exoplanets hoping for life existence suspecting the moons not present in any extreme conditions (too hot or too cold) for the presence of liquid water.

Moon is a natural satellite to a planet and revolves in a definite orbit path around it. In our solar system, more than 150 moons were orbiting the eight planets and many of them are seen around two giant gaseous planets Jupiter and Saturn. Since they are out of reach and at a far distance from Sun, there is no possibility for life in these moons. But, this same case may not be followed in other solar systems as explained by a professor in a reputed US university.

Putting it in another way, Exomoons revolving around more than 120 exoplanets were speculated to have better life-supporting conditions than our planet Earth citing the favourable distance of the moons from its star presumed to be not in any extreme conditions. Since Exoplanets have radii three times larger than Earth, their sizes of moons would also be large and might have rocky surfaces.

Moreover, all these are speculations published in a reputed astronomy journal and space scientists are looking for evidence to prove their theories. Advanced telescopes shall be designed based on the existing theories and it will be used in future for finding out the Exomoons and their properties for hosting life.