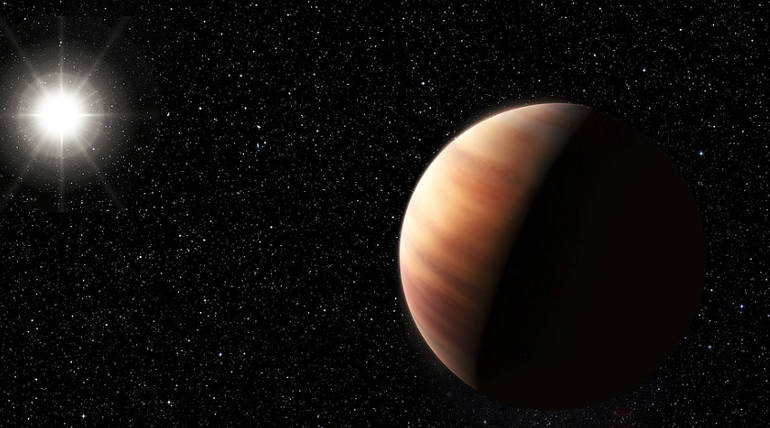 Exoplanets are the planets that are found outside the Solar system orbiting around a sun-like star. Missions for the search for Exoplanets were started by NASA two decades ago. Recently, TESS satellite has been launched on April 18 to discover exoplanets using transiting method much better than Kepler mission.

According to ISRO's recent announcement about Exoplanets, Indian scientists from Physical Research Lab of Ahmedabad have discovered a new planet EPIC 211945201b or K2-236b moving around the star EPIC 211945201 after observing it for nearly one and half years using spectrography techniques.

Regarding the characteristics of K2-236b, its surface temperature is in the range of 600 deg.C (1112 F) that makes it less probable for life existence because of its closeness to the star and the planet is about 600 light years away from the Earth. Its radius is six times that of the Earth and its mass is 27 times larger than the Earth or it can be declared as small-sized Saturn or Big sized Neptune. Owing to its larger size and adjacency, it revolves around the star in just about 20 days.

Although the planet was identified in Kepler 2 mission, its planetary nature is completely studied in the recent research study only. Also, there are more than 3,500 exoplanets identified in nearly 3000 solar system like systems, but planets in only 23 systems could be measured accurately for their characteristics like mass, size.