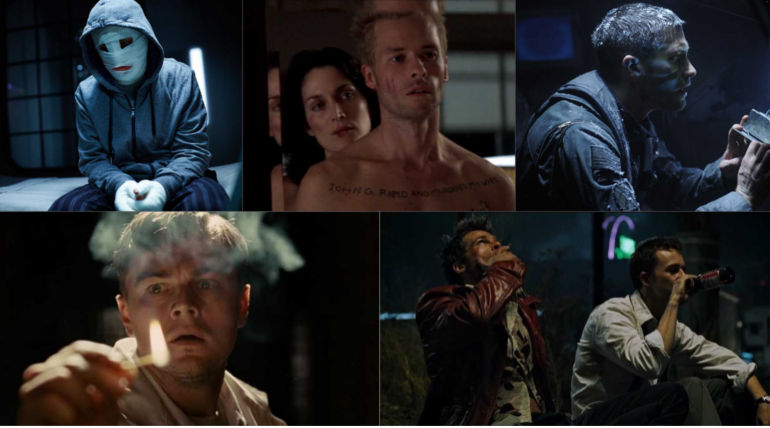 Movies with a twisted ending that changes the whole point of the film is always an excitement for a viewer. Many films have come with such mind-blowing twists apart from these films, but what made these films here and the purpose of this list is just a kind reminder for the movie fans to check out if you have missed any one of these movies with spine-chilling endings that bends the whole thought process of the viewer existed from the beginning of the film and conveys a new path to look back at the film.

None would dare to miss this movie in such a list, as it can be said as the mother of all such mysterious films. The movie stars Brad Pitt and Edward Norton in lead roles and has a cult fan following. It is mainly followed for the trendsetting quotes at each scene in the film. Brad Pitt as Tyler Durden and Edward Norton as nameless narrator make an underground revolution starting a fight club and the ending of the film surely will put your mind upside down.

One of the best psychological thrillers of all-time is the Leonardo Dicaprio starrer Shutter Island which follows the investigation of US Marshals Edward (Dicaprio) and his partner about a missing lady in hospital in the shutter island and the thrilling tone set in the film pulls us into their journey while the ending made the whole plot look with a completely different point and makes the viewers confused on the whole watching experience.

The film made this list for the way it conveyed an unpredictable idea touted to be a crime thriller film is altered towards the end leading to a whole new dimension for the film. The movie stars Jake Gyllenhaal and Michelle Monaghan in lead roles travelling in a train with looped memory to find the bomber of the train that blasted while the passengers including the heroine are dead already.

Nolan movies are always a mind-bending film but as already said, this movie just provides a new dimension to the story towards the end. It follows a reversed screenplay in the film starting from the final event in the first scene and takes a path back to find the source of the scene leading to the murder took place in the first scene. Guy Pearce plays the role of Leonard Shelby, a short-term memory loss patient routing for the killer of his wife that ends in a unique way.

Unarguably this film can be considered as the best of the kind among mind-blasting ending and concept which deforms the mind of the audience that never lets us predict anything and understand much about the concept of the film that easy. It requires multiple watching with a research all through to route the exact screenplay of this sci-fi thriller.