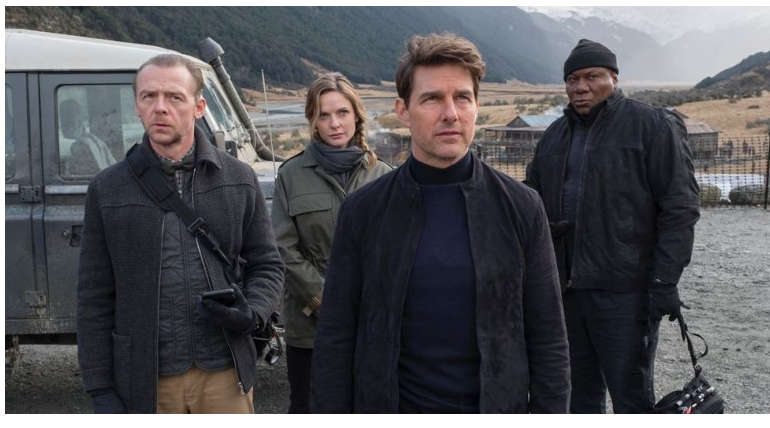 The intelligent field agent Ethan Hunt who is travelling through our memory lane from the first part of Mission: Impossible released in 1996 have never disappointed in any film of the franchise. The trick of making lively action sequences to hold the audience throughout the film has worked out the best in this Fallout.

The movie starts with Ethan Hunt (Tom Cruise) who is at a safe house receives a message from the secretariat saying that 3 plutonium cores were stolen by homicide terrorist groups to create nuclear blasts all over the world and itâ€™s his work along with his team Benji (Simo Pegg) and Luther (Ving Rhames) to capture the nuclear weapons. Things go diverting from there and agent August Walker (Henry Cavill) is been appointed to monitor Tom Cruise and team and also to help in the mission. From there on the movie gets into action from the major skydiving sequence of Tom Cruise and Henry to start the mission followed by the top-notch fight sequence happening in a bathroom. Henry deserves a special mention for the mannerisms he's got onscreen.

The movie is treated with full of scintillating sequences that the story has multiple spaces to add various action sequences. The rescue mission of Solomon Lane which involves a racy bike chasing scene by Tom Cruise is a bit lengthy but offers an edge of seat watching experience for the audience throughout the sequence.

Rebecca Ferguson plays a major role during the second half of the film and stuns with her capabilities in stunts and subtle expressions while Vanessa Kirby makes a good impression even though it is small role done by her. The Ex girlfriend of Ethan Hunt, Julia (Michelle Monaghan) makes an appearance at the near end of the film that offered an emotional quotient for the story showing some exceptional bonding lead by the sweet chemistry the couple had in the 3rd part of MI.

There are multiple extensive sequences in the film that enthrals the audience especially the sequence of Tom Cruise running at a rapid speed and jumping through buildings and the climax sequence where tom hangs at the bottom of Helicopter and also drives the chopper followed by a terrain climbing scene at the end. Fallout delivers a pure action treat with Tom Cruise giving his complete efforts to satisfy the audience with his out of world stunts as always and the man never seems to slow down at any age. Probably he is gifted with a never ageing physique may be...

Mission: Impossible- Fallout is a great sequel with an emotional touch and packed with stunning action blocks justifying the title as one of the best action franchises in the universe.