As expected with the growing trend of Bradley Cooper’s A Star is Born at US box office, the film has finally taken a weekend lead over the superhero film Venom to take the runner-up spot behind the new big release Halloween. The US box office saw good growth despite the negative and average word of mouth for respective films.

The much-awaited comeback film of the dud going Halloween franchise had apparently made the expected re-launch for the series with its eleventh film. The movie collected $77.5 million and took the top spot at the domestic box office comfortably. The keenly looked forward runner-up spot of the weekend is grabbed by the sensational romance film A Star is Born with $19.3 million followed by the Venom which made $18 million at the US box office.

Though the musical romance film of Bradley Cooper and Lady Gaga missed taking a top spot at the domestic weekends, the level of growth in the collection for the minimal budget makes it a winner of box office along with people’s heart. Another horror film Goosebumps 2: Haunted Halloween earned $9.7 million for its second domestic weekend taking the fourth spot.

The film First Man had yet another disappointing weekend making $8.5 million in its second weekend at the domestic box office bringing a total of $30 million. The film was expected to perform much at the box office with highly positive reviews and the brand of Neil Armstrong’s space biography. But for various reasons that are still not clear, the space drama fell short of the stakes in the business. 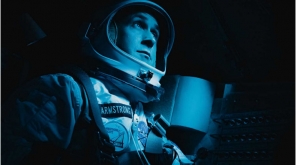