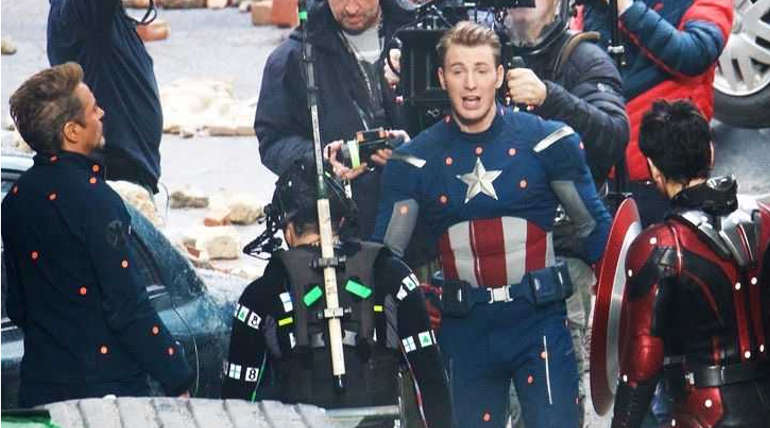 Captain America back to his beardless look for Avengers 4: His last film for MCU? , Pic Source - IMDB

The Avengers Infinity War, after completing the shoots earlier are now carrying out the re-shoot of some of the scenes of the film while the latest Marvelists Podcast with the Hulk actor Mark Ruffalo confirmed that the shoot that is currently going on involves alternate endings for the film and nothing more than that the star said in the interaction.

Chris Evans is one of the Marvel Superstar with a wide fanbase for his Cap role in the MCU films starting from the Captain America: The First Avenger continued by the sequels Winter Soldier, Civil War and the three Avengers film released so far. Evans surprised the audience with his bearded look in the Infinity War that looked stunning for the Superhero with a black suit.

His recent photo through his Twitter revealed his new look for the ongoing shoot of next Avengers Infinity War film that shows Chris Evans without the beard, while the shooting spot picture also showed Cap with his old suit and shield. This confirms the look of Evans in this film as the old Superhero with full suited attire.

The Twitter post of Chris Evans showed his dog along with him captioned #A4 which apparently represents the Avengers 4. As a known fact, the contract of Chris Evans with MCU is getting over with this film and when asked about future films, he had no idea and concluded by saying “we’ll see” in an interview.

Along with Chris Evans, the contracts of Jeremy Renner (Hawkeye), Chris Hemsworth (Thor), Mark Ruffalo (Hulk), Scarlett Johansson (Black Widow), and Robert Downey Jr. (Iron Man) are also reportedly coming to a closure and it’s an unknown mystery more than the theory of the Infinity War to know whether these Superheroes will suit back their Superhero costume again in future or not.