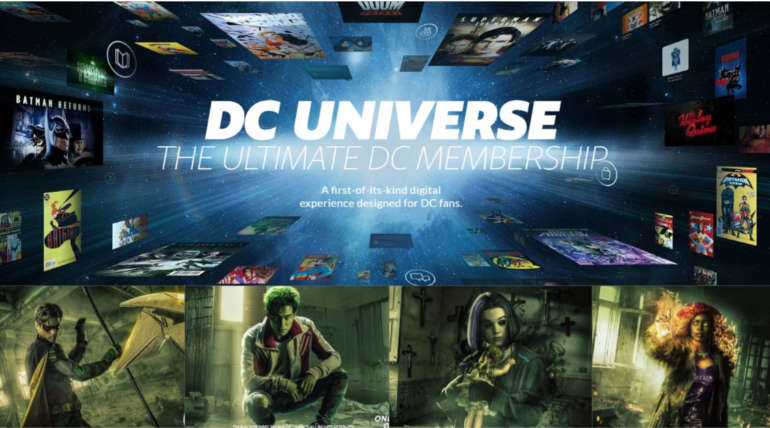 The DC Entertainment is all set to enter the digital streaming service like Netflix, Amazon Prime and Marvel unlimited as announced earlier. The production company is entering the digital platform to guarantee unlimited entertainment to the fans and keep updated about the movie updates, shows related to DC and the DC Universe movies that will be available at any time.

They announced it through a live streaming event in Twitter that revealed the launch date of the streaming service for the audience and also the release date of the much awaited Television series of DC ‘Titans’ through the live video and released some posters of the new series as a surprise for the fans.

Other services provided by the DC Universe as announced is there are 2500 comics available in the platform for the audience to read and will also telecast exclusive shows that are held regarding the movies and other series related to DC Universe. The DC Universe is to be launched on September 15 and the subscription cost is said to be $7.99 per month and $74.99 per year.

The premiere of Titan series in the online platform is revealed to be on October 12 while the trailer of the series was already screened during the Comic-Con festival held recently. The series is based on the DC Comics of the same name starring Brenton Thwaites as Robin, the leader of Titans along with the team of Titans to deal with the threat on the universe.

You’ve been asking and @ThatKevinSmith answered! #DCUniverse will feature a curated comics list of 2500 comics available exclusively to members! Don’t miss out on the incredible pre-order that gives you 3 months free! Sign up today! https://t.co/4sIHwg93q9