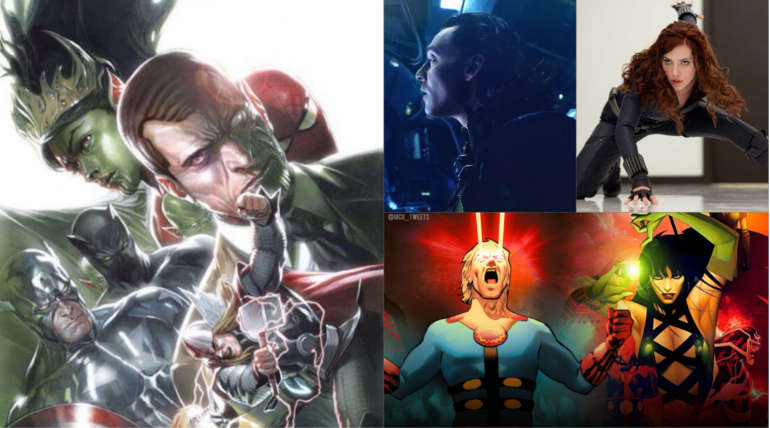 The Marvel Entertainment each time comes up with an exciting announcement after the completion of a phase of movies with an Avengers film. Now at the present Phase 3, before the Avengers: Infinity War sequel releases, the films Spiderman: Far from Home and Captain Marvel are remaining in the current phase.

Enough said about the expectations for the upcoming films, it’s not soon to think about the next set of films from Marvel after the Infinity War 2. Although official announcements about the films are expected immediately after the Avengers film, the Marvel Comics hints about the possible outcome of next set of superhero films.

Rumours keep floating about the Black Widow solo film for a long period, for which pre-production has already been started and put on hold without any developments. The Guardians of the Galaxy Vol.3 is already under talks as the former director of the film James Gunn has been fired due to some controversies.

One confirmed project of Marvel's post-Avengers is The Eternals film to be directed by Chloe Zhao, the Chinese director who is known for her last year film The Rider which got acclaimed highly. Secret Invasion is the next believed movie to considered by the Marvel, as the story is perfectly capable of a film to be made. The invasion of Skrulls on the Earth is the basic line of the story which needs a lead in Captain Marvel or the upcoming Avengers film that we have to wait and see.

Asgard Reborn is the one most excited word for the Marvel fans and especially Thor lovers, which plays on the rebuilding of the destroyed Asgard after Thor: Ragnarok and the Asgardians who is said to survive after the destruction of Asgard can make up this film in which Thor goes in search of the fellow Asgardians to the earth.