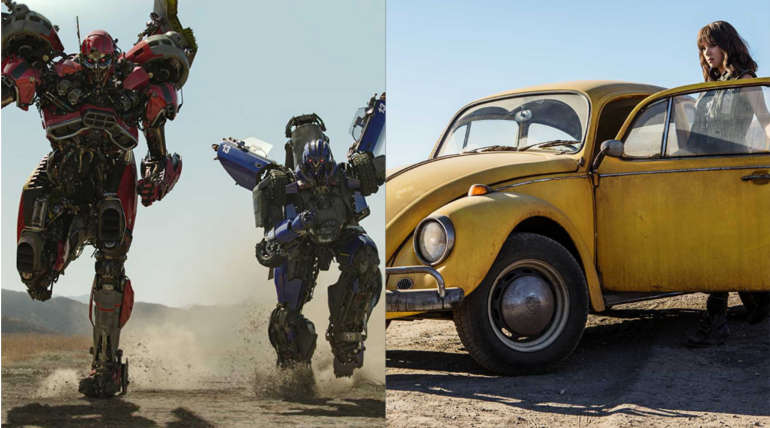 The trailer of upcoming Transformers spin-off film Bumblebee is promising to deliver a content-oriented emotional and action-packed film. A transformers film is always known to give the metal sucking actions and visuals without a solid backing story in recent times. The Bumblebee after a long time seems to be fulfilling the empty space.

The trailer starts with a teenage girl Charlie Watson played by Hailee Steinfeld buying a birthday gift for herself with an old Volkswagen Beetle which in turn a Transformer named Bumblebee. The girl and the big metal head became friends soon and face encounters together against the other transformers who are considered a threat to the human race.

John Cena plats as a field agent in Sector 7 along with other supporting actors and the movie seem to move with a good story emotionally connected along with the breathtaking stunts that are usually seen in the Transformers films. The trailer also showed the comical side of the film between Charlie and Bumblebee that goes to any extent to save the girl.

For the first time, a Transformers film is not directed by Michael Bay while Travis Knight is directing the film, though Bay is one of the producers of the film. It is released by Paramount Pictures in the US on December 21, 2018, and expected to make a strong impression opening with big numbers with the Transformers brand.